The price of Bitcoin (BTC) dipped to as low as $53,905 on Binance overnight, recording a sudden 6% drop. But despite the minor correction, the price of Bitcoin quickly recovered thereafter, reaching a new all-time high above $57,800 on Feb. 21. 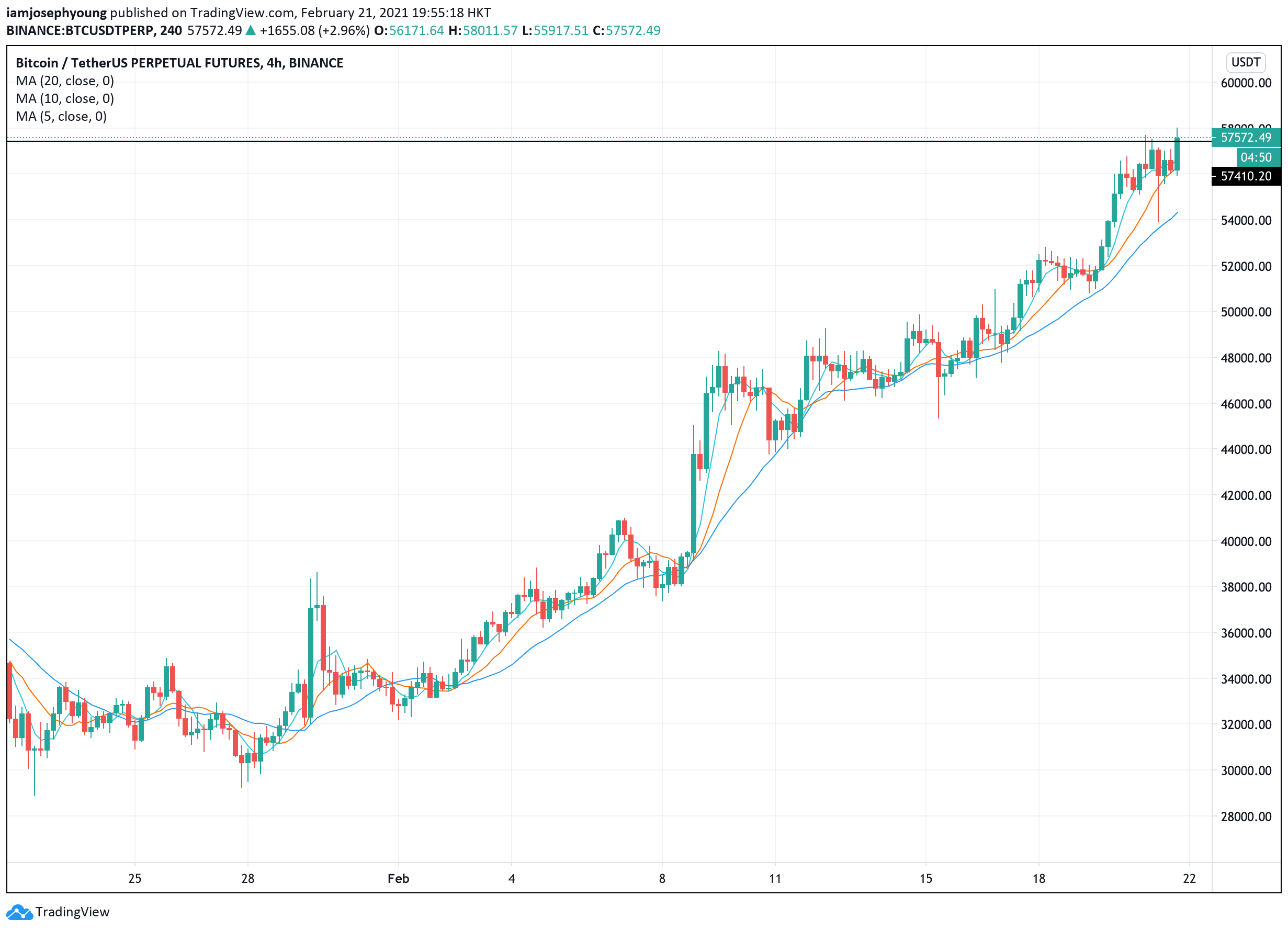 Why did Bitcoin drop and recover so quickly?

Although Bitcoin saw a steep drop within merely hours, analysts pinpointed that it fell to the exact bottom of a short-term trendline.

John Cho, the Director of Global Expansion at Ground X, noted that the drop was a liquidity fill at a lower price.

A drop was expected because Bitcoin was consolidating with the futures funding rate at around 0.15%.

Across major futures exchanges, the Bitcoin futures funding rate was hovering between 0.1% to 0.2%, and it was particularly high for stablecoin pairs.

Bitcoin futures exchanges use a mechanism called funding to incentivize buyers or sellers based on market sentiment.

For example, when there are more buyers in the market, the funding rate turns positive. When that happens, buyers have to pay sellers a portion of their position every eight hours.

When the funding rate is high but the price of Bitcoin is consolidating, the risk of a big short-term drop increases.

This trend is what occurred overnight on Feb. 20, as Bitcoin declined by more than 6%. Although the funding rate remains near 0.1%, it has dropped substantially since.

The funding rate for altcoins, including Ether (ETH) and DeFi tokens, reset to around 0.05%. As such, altcoins saw a stronger bounce than BTC.

There is one major risk in the foreseeable future

In the past week, the U.S. stock market has corrected quite steeply, demonstrating a clear correlation with the Treasury curve.

However, it remains uncertain whether Bitcoin would react the same way given that it is not only considered a risk-on asset but also as an inflation hedge, which means it could counter the risk of the Treasury curve.

What’s more, the correlation between Bitcoin and other assets including stocks and gold has been declining since September 2020. 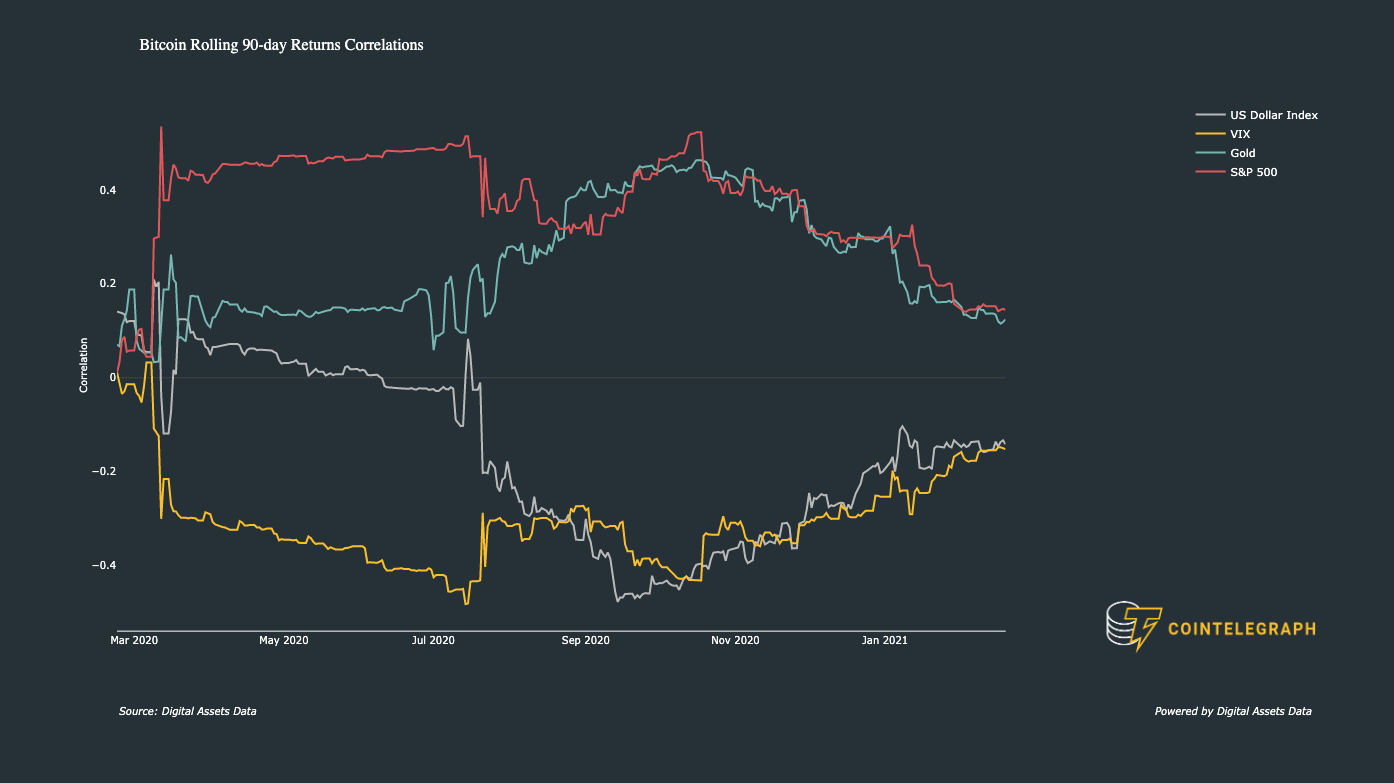 Thus, there is a possibility that the inflation hedge aspect of Bitcoin counters the rising Treasury curve. If so, BTC could remain unfazed, particularly given the current strength of the bull run.

Misa Christanto, an analyst at Messari, said that in a bear market, everything is correlated. But Bitcoin, which is also considered a “reflation trade,” has been resilient. She wrote:

“US Treasury curve is steepening. Why should we care? Because in a bear market, everything is correlated. So far the headwinds have been on equity returns, on unprofitable tech names. Reflation trades like $BTC unaffected.”

PoS gives Ethereum the economic structure to overtake Bitcoin, says DeFi researcher
3 reasons why Ethereum price can drop below $3K by the end of 2021
Ethereum will become the main asset for investors in 2021