Alpha Finance Lab (ALPHA) experienced a price breakout on Feb. 25 as a series of significant partnerships has brought renewed interest in the cross-chain DeFi platform.

Data from Cointelegraph Markets and TradingView shows that following the announcements, ALPHA price surged to $1.78 but Bitcoin’s recent struggle to hold $50,000 as support led to a sell-off among altcoins and ALPHA currently trades at $1.31. 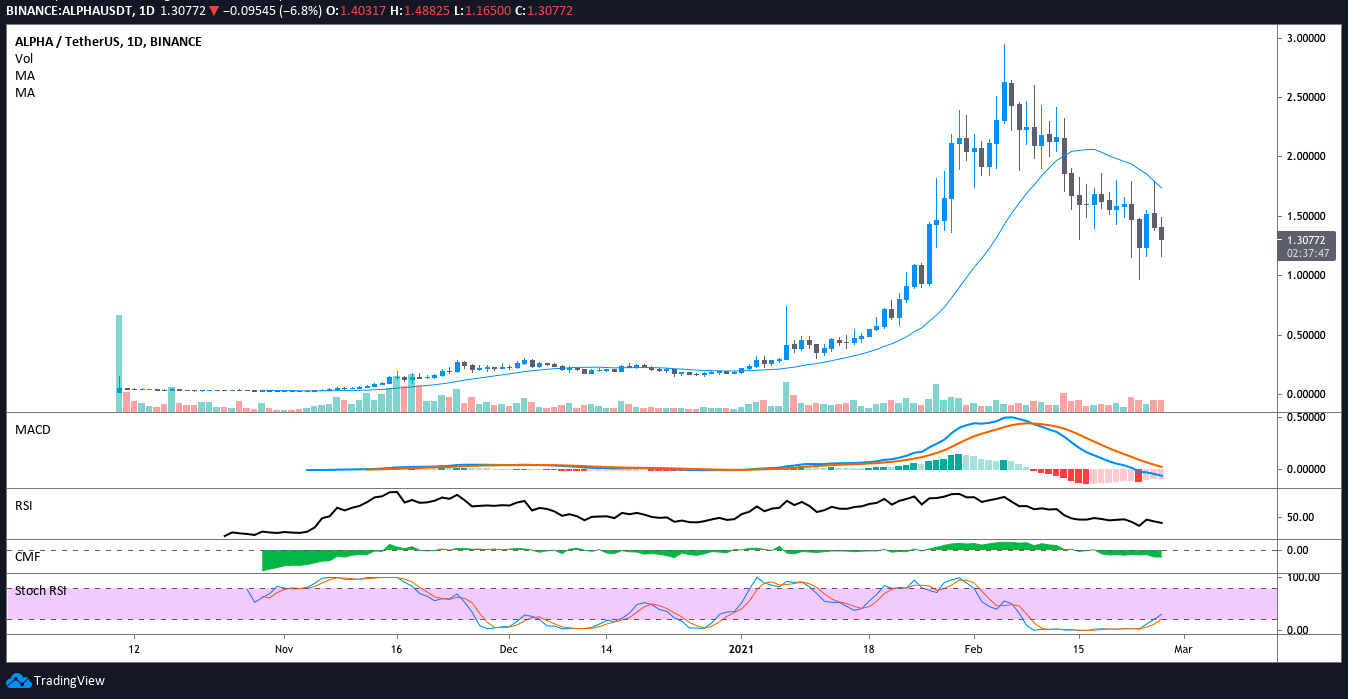 One of the reasons for the sudden surge was the Feb. 25 announcement of a partnership with Compound Finance (COMP) that will allow Compound users to integrate with Alpha Homora and lend assets across platforms.

Due to the deposit APY on Ether (ETH) being higher on Alpha Homora, Compound users are presented with an opportunity to yield farm by borrowing ETH against collateral in their accounts and lending it on the ALPHA protocol.

Users are lured by lower fees on Binance Smart Chain

Alpha has is also benefiting from its recent integration with the Binance Smart Chain, which has been growing in popularity for being a low-fee alternative to transacting on the Ethereum network.

The team at ALPHA hinted at what lies ahead for the protocol in the following tweet acknowledging the recent progress of the Binance Smart Chain:

Following the Feb. 1 launch of Alpha Homora v2, which included the release of a limited edition NFT, the protocol has continued to expand its reach and establish new integrations with partners in the blossoming decentralized finance ecosystem.

The project also received a renewed boost of optimism on Feb. 22 after an agreement was reached on the terms of how Alpha Finance would repay Cream Finance (CREAM) for funds lost during an exploit of Alpha’s “Iron Bank” on Feb. 13. This exploit involved a hacker draining $37 million from the protocol.

Currently, Compound finance is the third-ranked DeFi protocol by total value locked (TVL) and the partnership between it and Alpha Finance could further Alpha’s growth and exposure to new users in the months ahead.

Ethereum futures premium hits a 7-month low as ETH tests the $2,400 support
Why Pakistan and the Middle East can bet on crypto mining
3 factors that can send Ethereum price to 100% gains in Q4