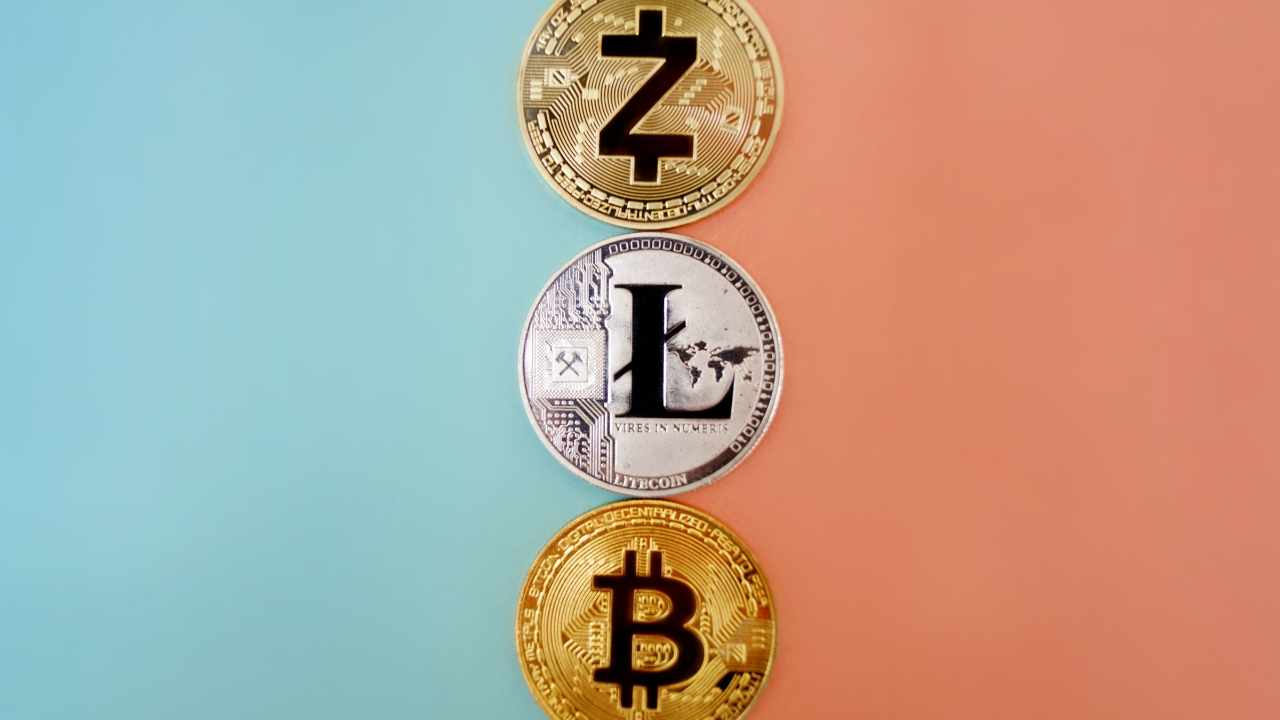 Growing institutional interest in Bitcoin (BTC) helped elevate the top cryptocurrency to a new record high on Feb. 9 and led to a total market cap value higher than the market cap of the Russian ruble.

Data from Cointelegraph Markets and TradingView shows Bitcoin established a new all-time high of $48,220 in the early hours on Tuesday and has since pulled back to $47,092, marking a 9.24% increase over the past 24-hours. 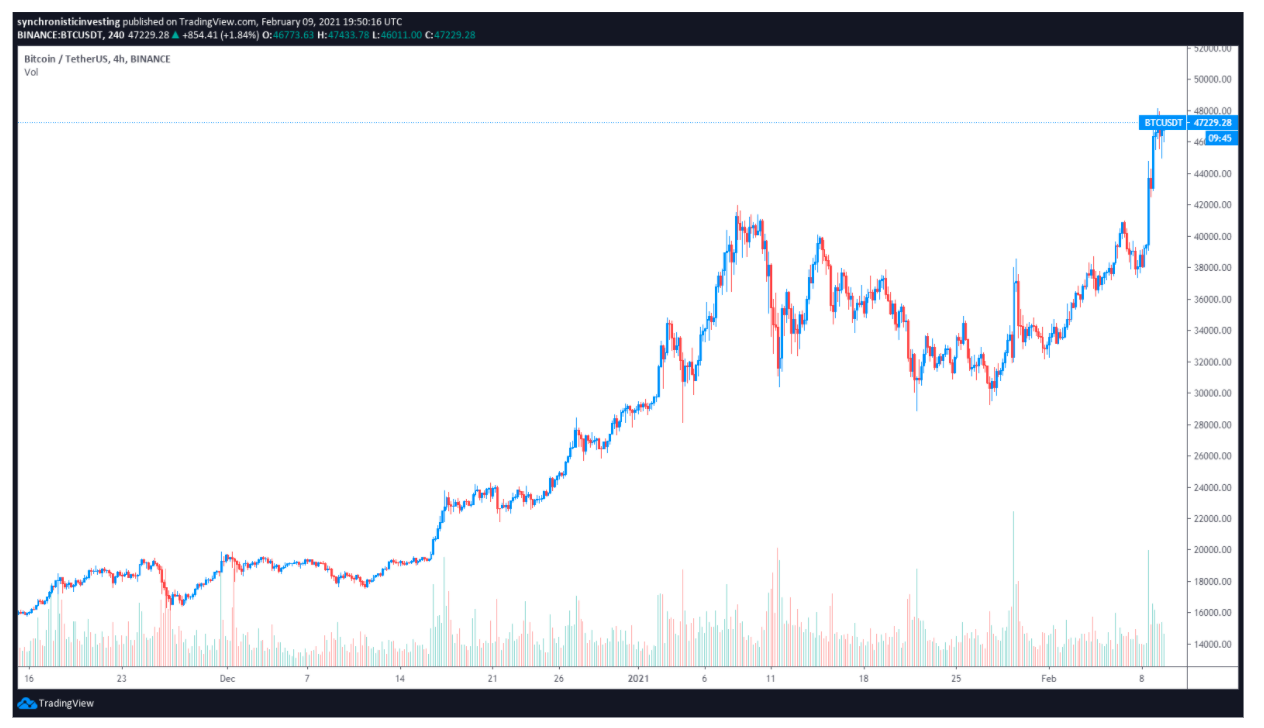 According to Decentrader founder, filbfilb, today’s market action showed strong activity from the bulls who aggressively “absorbed sellers” positions, resulting in the “failed breakdown of a low timeframe head and shoulders pattern”.

Filbfilb views the current price action as a positive development for the future of BTC which looks to break out higher before establishing a new consolidation zone. 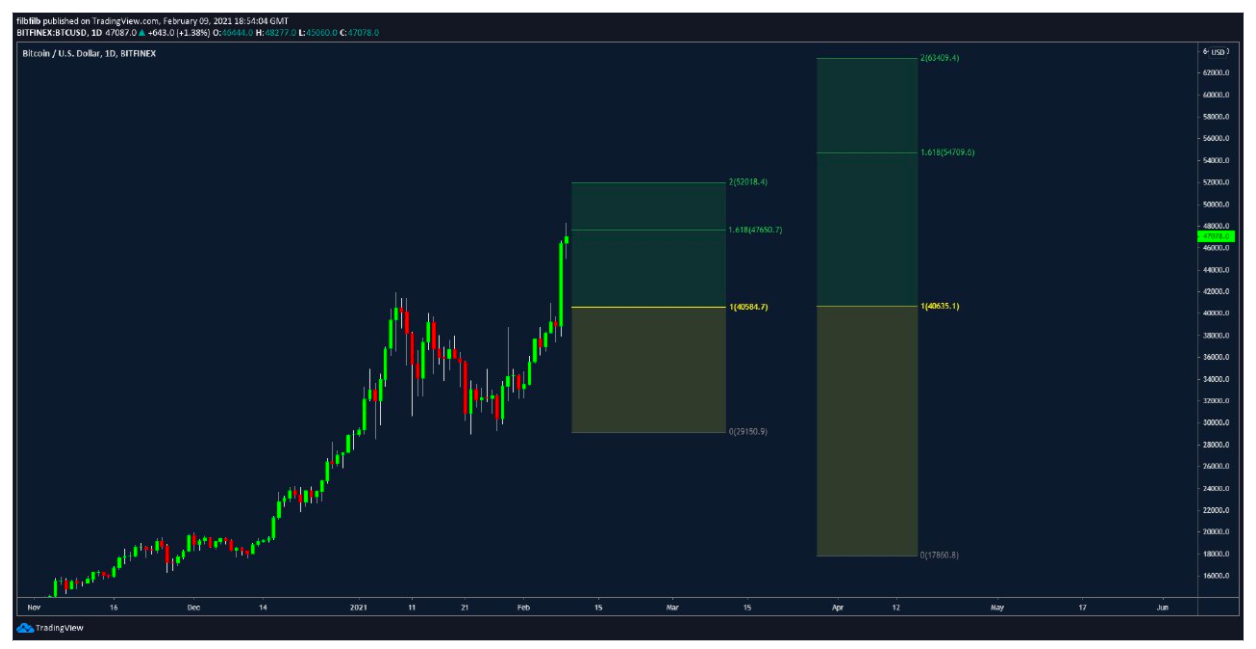 “The target for consolidation is near $52k, where I’m expecting a bit of a correction but the measured move overall should take us towards $63,000.”

Altcoins pushed higher as Bitcoin price consolidated in preparation for what could be a move toward $50,000.

Following the launch of CME Ether futures contracts, Ether (ETH) price surged to a new high at $1,825. Data from CoinMetrics suggests that the CME launch could lead to accelerated inflows into the Grayscale Ethereum Trust (ETHE).

Meanwhile, Litecoin futures have also seen a surge in activity with a record $584 million in open interest, indicating that the altcoin is attracting the attention of institutional investors. 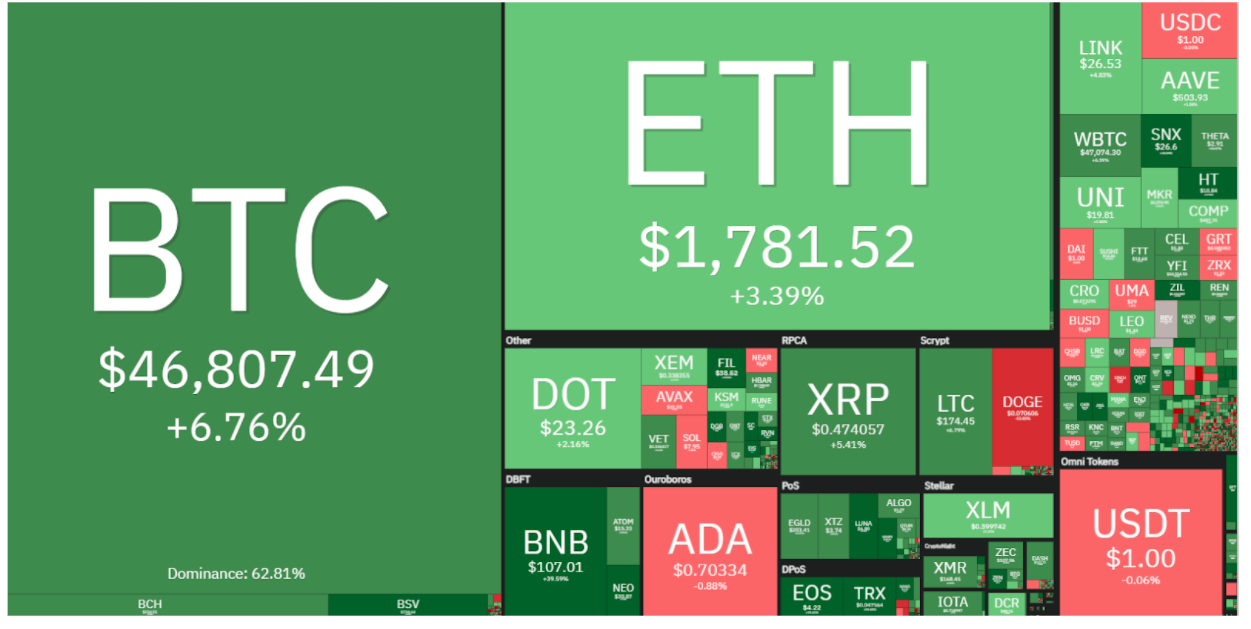 Elrond (EGLD) also set a new price and trading volume record as it increased 700% since the start of 2021 driven by the release of the Maiar wallet and plans to integrate with decentralized finance protocols.

Interoperability between blockchains continues to be a prominent focus in the cryptocurrency sector and this boosted the price of Polkadot (DOT) to a new high at $24.04.

DOT’s breakout to a new high followed the announcement that Curve Finance would be implemented on Equilibrium’s Polkadot parachain.

CRV also saw its price spike to a 2021 high at $3.56 on Feb. 5 as news of the upcoming cross-chain functionality brought a fresh wave of optimism to the project.

Binance Coin (BNB) hit a new all-time high as its growing DeFi infrastructure and expansion of token functionalities on Binance Smart Chain further strengthen BNB’s fundamentals. At the time of writing, BNB is up 44.09% and trading for $106.66.