Bitcoin continues its downtrend movement. Today, the BTC is down almost 7% from the opening price of $32,500, according to Bitstamp. The cryptocurrency failed to close a 4-hour candle above that level yesterday and since then, saw only one direction – down.

It eventually plummeted beneath the short-term rising trend line we were tracking over the past few days, which can also be seen as a Head and Shoulders pattern (where the line is served as the neckline). In this case, the target of the H&S is somewhere between $28K – $29K.

If today’s candle closes at current levels, the break of $30,760 marks the end to the previous rangebound trading area between $33,000 and $30,760 that Bitcoin was ‘trapped’ inside for the past six days. However, the daily candle has almost 10 hours more to go.

Looking at the bigger picture, Bitcoin is now facing a critical support mark at $30,000, which forms the base of the descending triangle pattern that it has been consolidating within since recording its all-time high at $42K on January 8 this year. A break beneath this triangle could potentially see Bitcoin plunging toward $28,000 and even $26,000.

The daily RSI has turned bearish, indicating that the bears are in control. There is still much room to go down, judging by the momentum indicator. 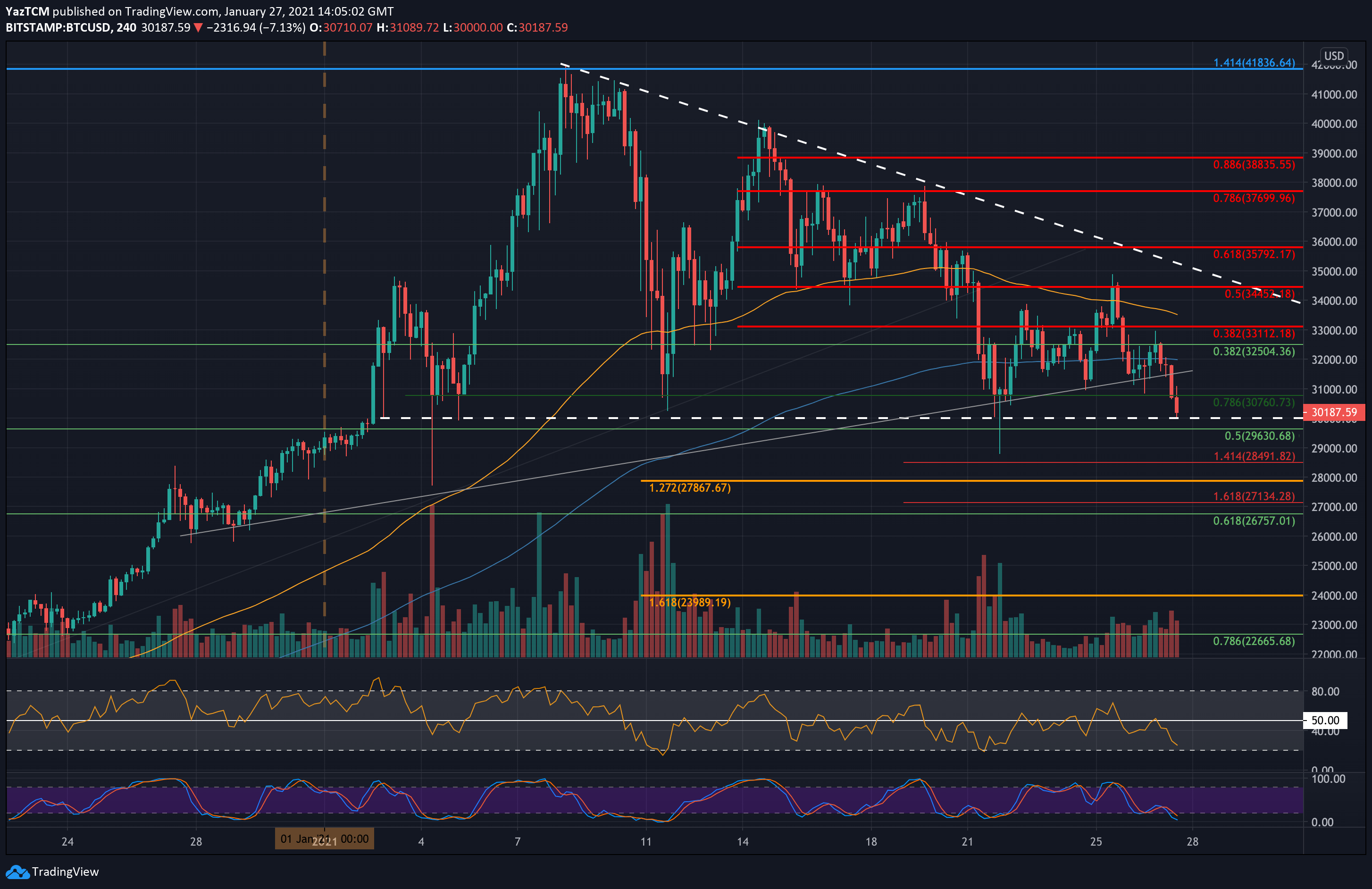