The number of whale addresses holding Bitcoin (BTC) have hit a new all-time high, the latest data shows. This can be considered bullish, particularly as the price of BTC is showing staying power above  $50,000.

The increase in the number of whales indicate that high-net-worth investors are actively accumulating Bitcoin as the bull market continues. 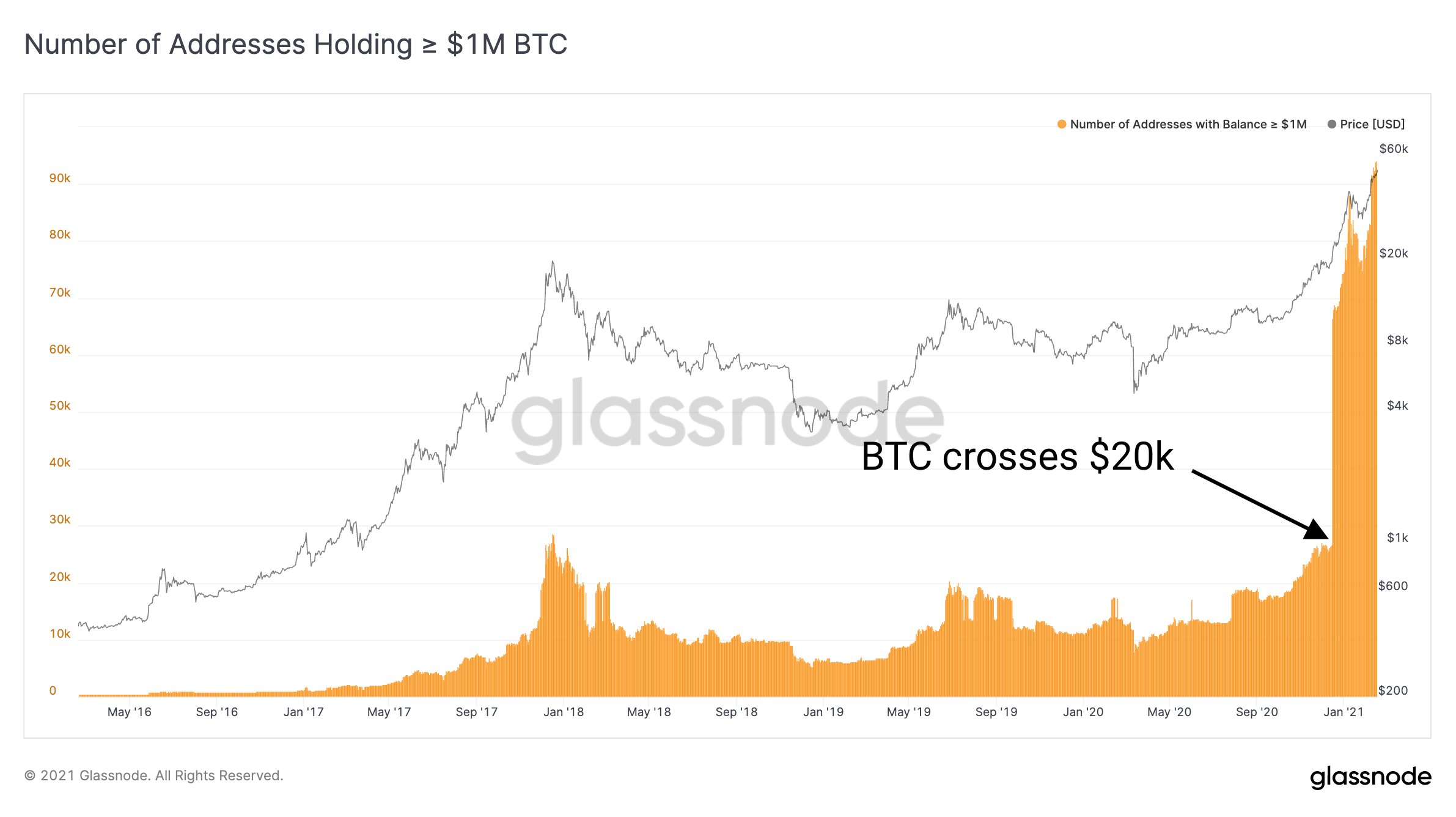 Why is the rising number of whales important?

During bull cycles, the price of Bitcoin could be at risk of a severe sell-off if whales begin to sell or take profit on large positions.

When this happens, it creates a massive downturn because the overleveraged futures market begins to fall, seeing cascading liquidations.

But when whales continue to accumulate, as the on-chain data shows, the foundation for an extended rally strengthens.

Analysts at Glassnode explained that there are now 94,000 BTC addresses holding over $1 million worth of Bitcoin. They said:

The researchers said that in previous bull cycles, the number of addresses holding between 1,000 and 10,000 BTC decreased. But, during the recent bull cycle, the number of whales have noticeably spiked. They said:

“An interesting macro cycle : Number of addresses holding between 1,000 and 10,000 BTC has been decreasing during the last bull run, but this time it’s only picking up to speed. The second picture also shows where exactly these wallets are acquiring their BTC.” 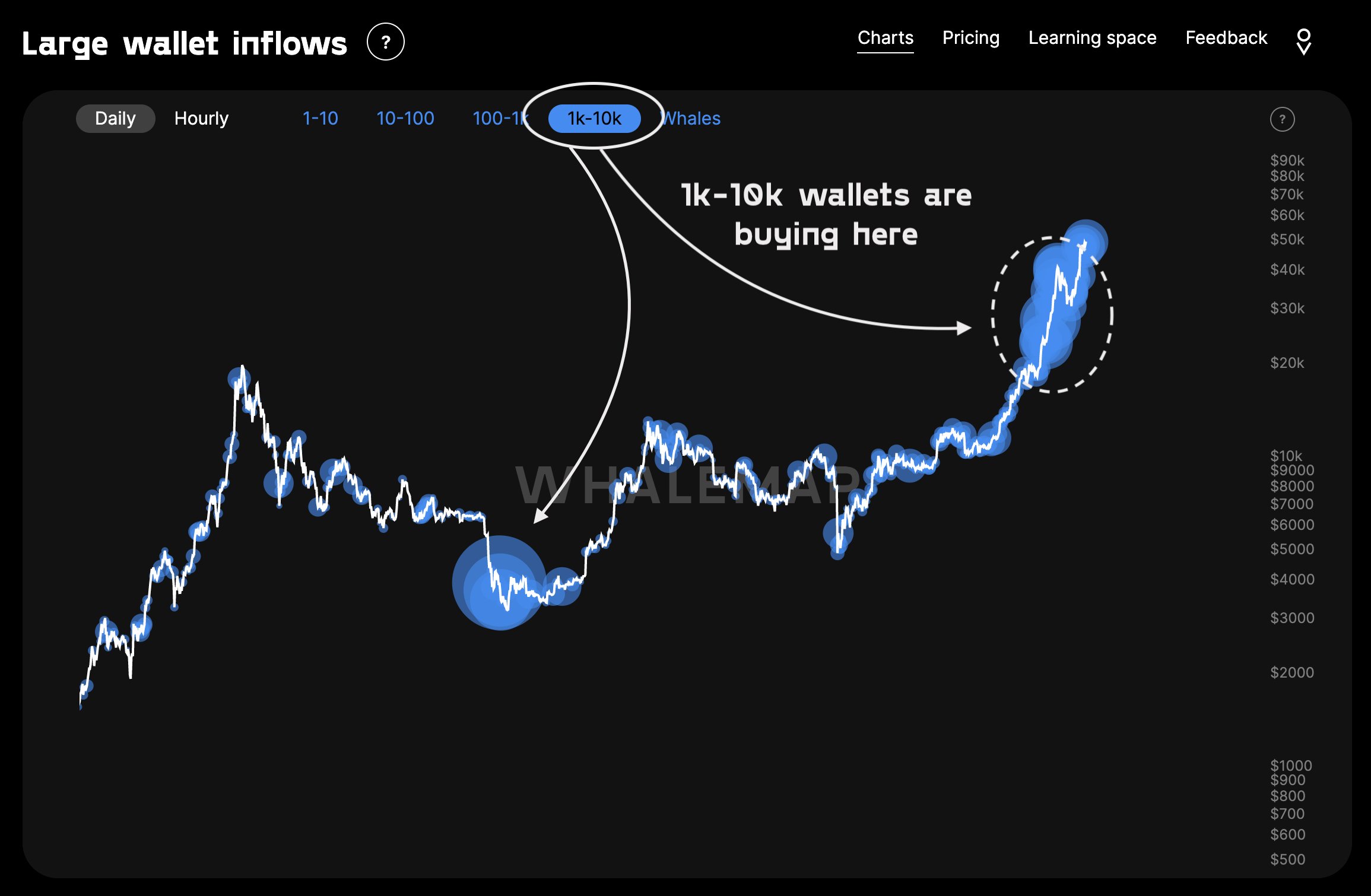 Ideal short-term scenario is for the futures market to deleverage

Currently, Bitcoin has the components to see a continuation of the ongoing rally. Whales are buying, the trading volume is rising in general, and there is large institutional interest in Bitcoin.

However, there is one major risk in the market and that is the overleveraged futures market. As of Feb 18, the futures funding rate for both Bitcoin and Ether surpassed 0.15%.

The normal funding rate for cryptocurrencies is around 0.01%. When the funding rate spikes, it signals that the majority of the market is buying or longing.

The problem occurs when Bitcoin or Ether (ETH) sees a minor drop. Since the market is highly-leveraged, it can cause an intensified downturn, often resulting in a steep correction.

Due to the high funding rates, the probability of a correction in the near term remains high. Considering that the crypto market often sees corrections during the weekend, a pullback in the next few days remains likely despite the bullish market structure of BTC and ETH.

Ethereum risks 'double-bust' drop despite ETH price rebounding 30% in two weeks
Why a trader says a Bitcoin bottom is close, based on a key technical structure
DeFi contagion? Analysts warn of ‘Staked Ether’ de-pegging from Ethereum by 50%