Cardano’s (ADA) price has increased 100% since Feb. 1 as social media engagement and excitement about the addition of smart contract functionality is propelling ADA to its highest price level since the bull market of January 2018.

Data from Cointelegraph Markets and TradingView shows that ADA rose from $0.35 on Feb. 1 to its current price of $0.71, a move which has elevated Cardano to the 4th ranked cryptocurrency by total market cap. 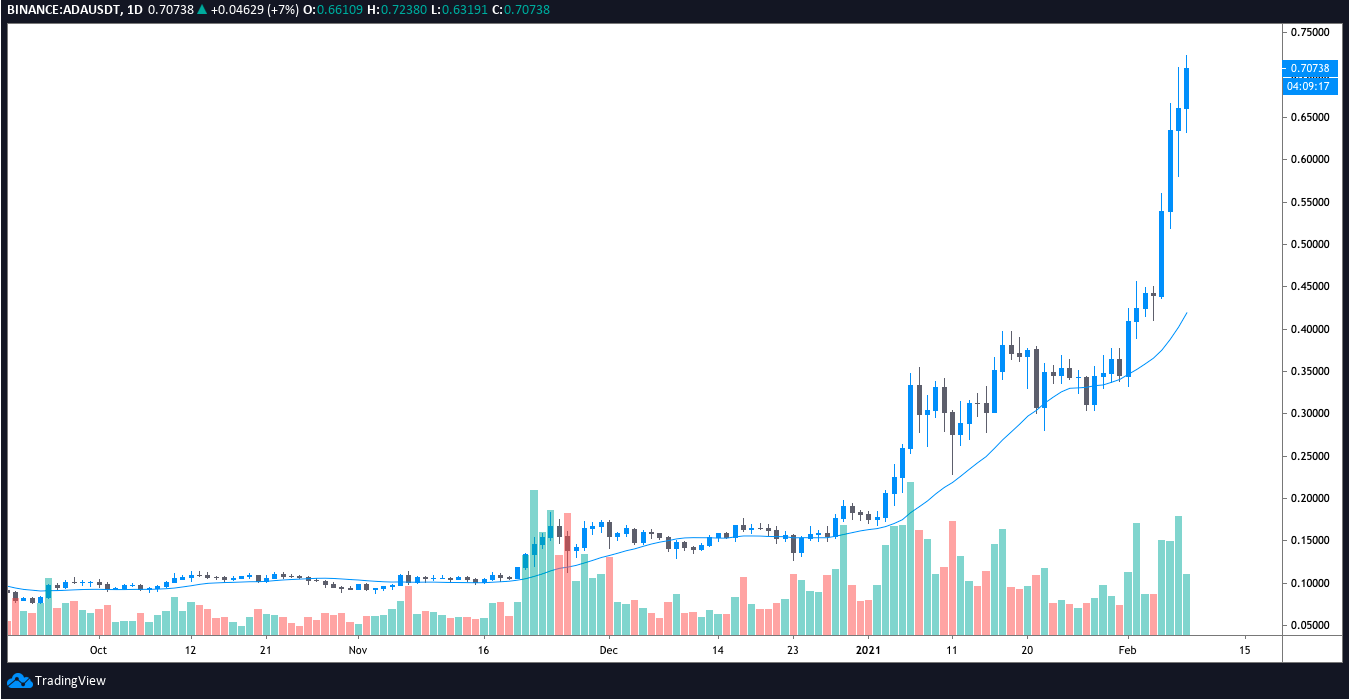 The first surge started after the team upgraded its delegation interface on Daedalus. Another noticeable uptick in buying volume began on Feb. 4 after Cardano tweeted about the successful launch of a smart contract on its testnet.

Data from TheTIE shows that Cardano’s social media mentions have been increasing since the beginning of the year and the most recent announcements have been followed by spikes in price and tweet volume since the first week of February.

The Etherum network is still struggling with heavy congestion and high gas fees and projects like Cardano, which are equipped to stake, are steadily attracting more attention. 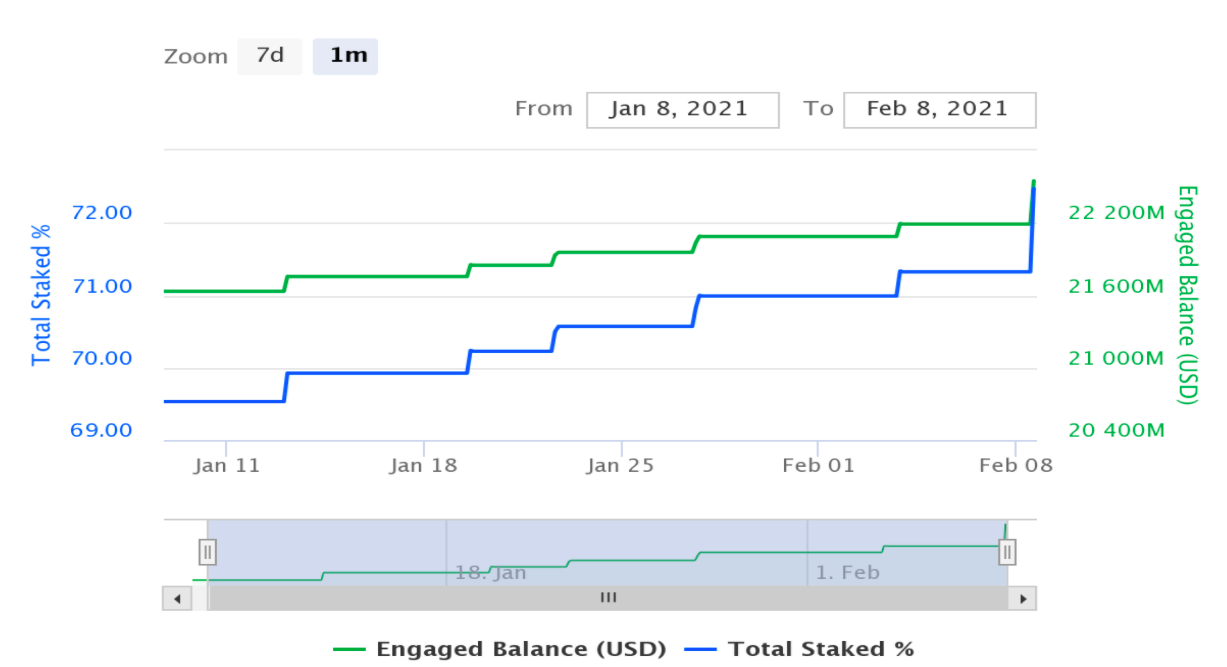 The amount of ADA staked on the network continued to increase throughout January and is now at a record 22.6 billion tokens staked, representing 72% of the total supply. There are currently 1,602 active validators on the network serving 176,696 total delegators.

Once smart contract functionality is brought to Cardano’s mainnet, the platform will be able to host a variety of dApps including decentralized finance (DeFi) protocols, a sector that has been one of the main driving forces in the growth of the cryptocurrency sector over the past year.