The exponential growth of the decentralized finance sector increased activity on the Ethereum blockchain, and this has resulted in slow transaction times and incredibly high fees.

In the last month, Ether (ETH) price has also rallied more than 100%, and gas fees are on the rise again as demand for ETH and a resurgence in the DeFi sector accelerates.

Multiple sidechains can be used simultaneously, and each is secured by a group of validators via its proof-of-stake system. The results are then pushed to the Ethereum network, creating checkpoints.

The project aims to become blockchain agnostic, which would allow for interoperable assets in the future. Currently, the Matic Network is ERC-20-based and its MATIC token has a $156 million market capitalization.

Backed by Coinbase Ventures and Binance Launchpad, the project raised $5.6 billion during its initial exchange offering in April 2019. A number of notable projects have already integrated Matic Network’s infrastructure, including Decentraland and Maker.

Matic Network initiated deposits and withdrawals on its mainnet on June 20, 2020, and a few days later, it began offering staking capabilities. Tokenholders were then able to delegate their staking to validators and share revenue.

Since August 2020, Matic’s BEPSwap decentralized exchange has been running on a beta version, and its liquidity has dropped about 25% from it’s $40 million peak.

In September 2020, Matic Network launched its final staking phase by adding community-run validator nodes while increasing slots to 100. The team intends to gradually shut down all Matic Foundation nodes, allowing the community to choose from public validators.

DeFi and altcoin season appears to be pushing MATIC higher

Over the last few weeks, a handful of projects have chosen to launch on Matic Network, including the game SkyWeaver, Aavegotchi Crypto Collectibles, the collectible game Drakon IOI and Fire Protocol OS.

Furthermore, on Jan. 6, the MATIC token listed on Huobi Global and offered an $80 premium to new users who onboarded with full Know Your Customer verification. 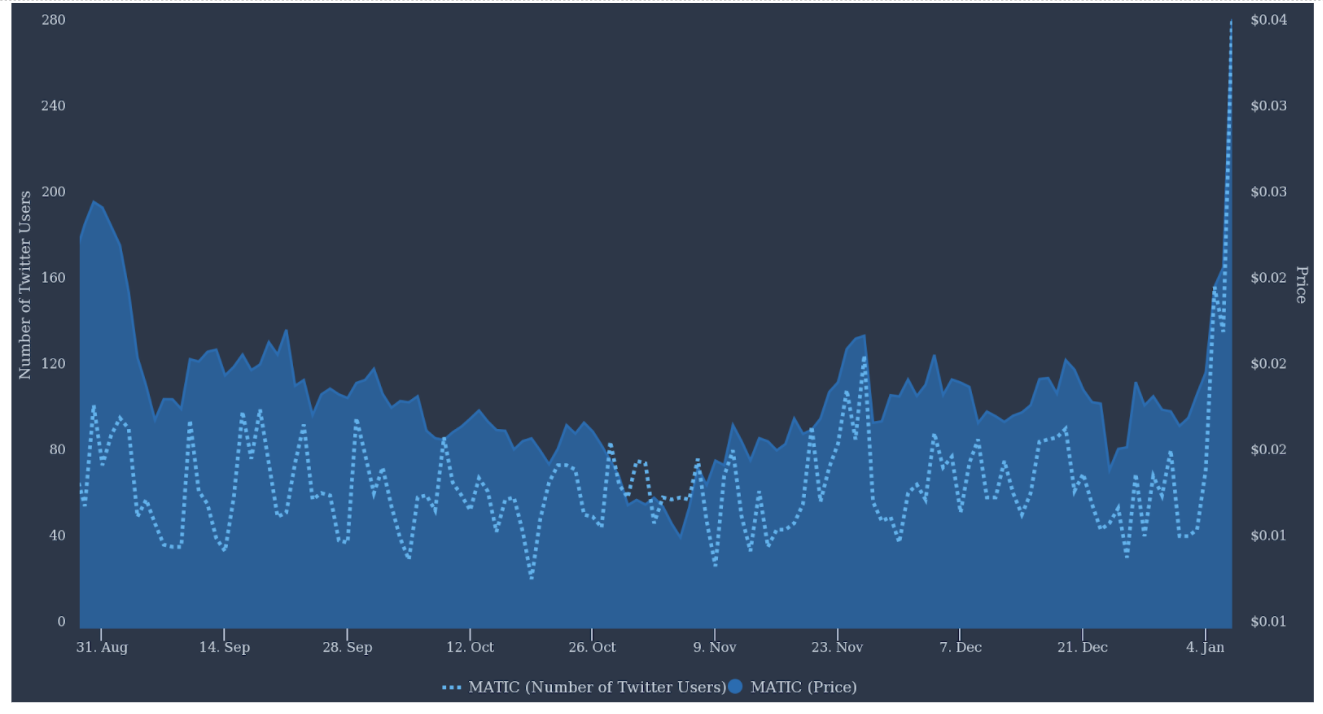 Data from The Tie shows that the recent price spike has been accompanied by a considerable increase in social network activity, but it’s difficult to determine whether the uptick in Twitter users is the primary driver behind MATIC’s price action.