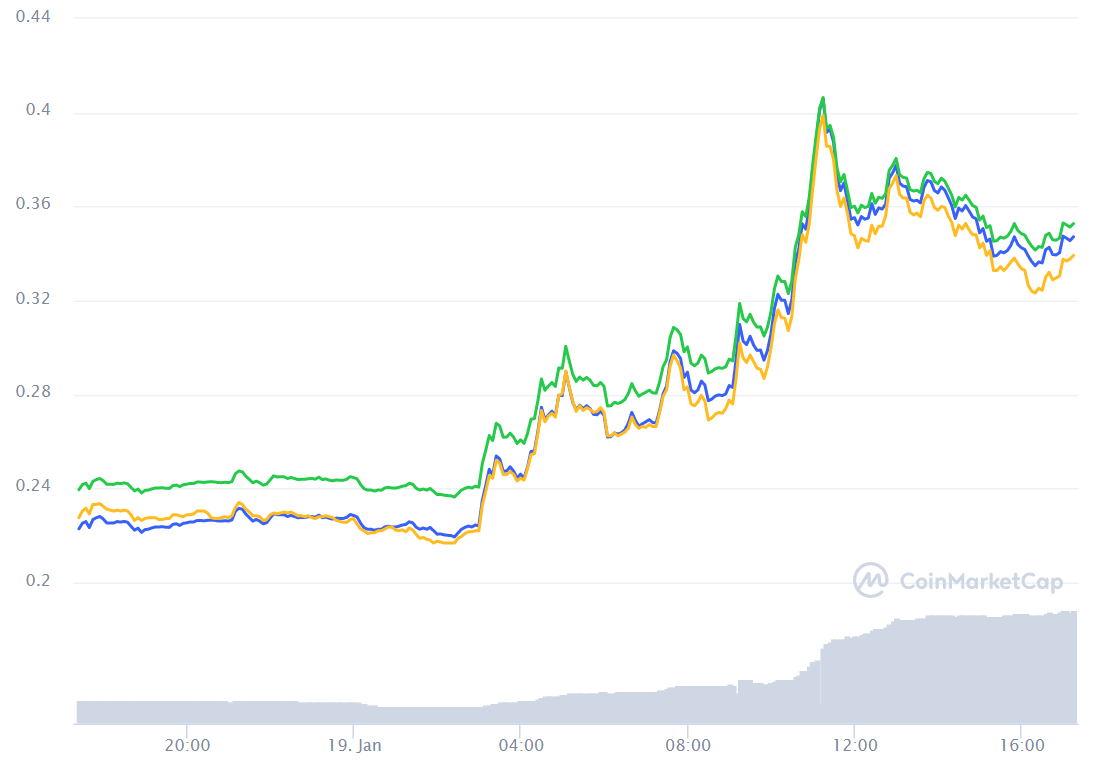 “Enjin Coin has been approved by the JVCEA and will be listed on Coincheck exchange, making it the first gaming token authorized for use in Japan,” said the official Enjin announcement from Jan. 19.

As of Jan. 26, Enjin Coin will become the first gaming token listed on Coincheck, and one of 15 digital currencies in total, including the likes of Bitcoin (BTC), Ethereum (ETH), Litecoin (LTC), and more. ENJ will be purchasable with JPY, and tradeable against BTC.

Enjin’s in-road to the Japanese market was helped along by Hashport Accelerator. Seihaku Yoshida, CEO of HashPort, said:

“Enjin made a bold commitment entering the Japanese market in 2019, determined to grow their business in the space regardless of market conditions. After more than a year of due diligence, the approval and listing of Enjin Coin on Coincheck is an important milestone for Enjin and adoption of its blockchain platform in Japan.”

Maxim Blagov, Enjin CEO, said the company hoped to take advantage of setting up shop in one of the busiest gaming markets in the world, and aimed to benefit from the nation’s culture of technological innovation:

“From Super Mario to Pokémon and Final Fantasy, Japan is home to pioneering games that hold a lasting place in pop culture. Japan’s culture of innovation is directly aligned with Enjin’s. We believe some of the world’s best blockchain games will come from the Japanese gaming industry, and we will be there to help them leverage this powerful technology to the fullest.”

Enjin Coin was first announced in 2017, and launched a mainnet the following year. In 2019, Enjin made headlines after it was announced Enjin Coin would ship as one of the applications native to the then newly released Samsung Galaxy S10.

Ethereum Price Analysis: 30% Correction in Two Days But is the Worst Over for ETH?
Whales own 40% of all Bitcoin – are they manipulating the market?
Bitcoin whales continue to accumulate despite BTC price holding above $50K