The price of Ether (ETH), the native cryptocurrency of Ethereum, has been stagnating against Bitcoin in recent days after a strong few weeks against BTC.

In the past few weeks, ETH and BTC have shown some inverse correlation as ETH rallied strongly when BTC consolidated, and vice versa. 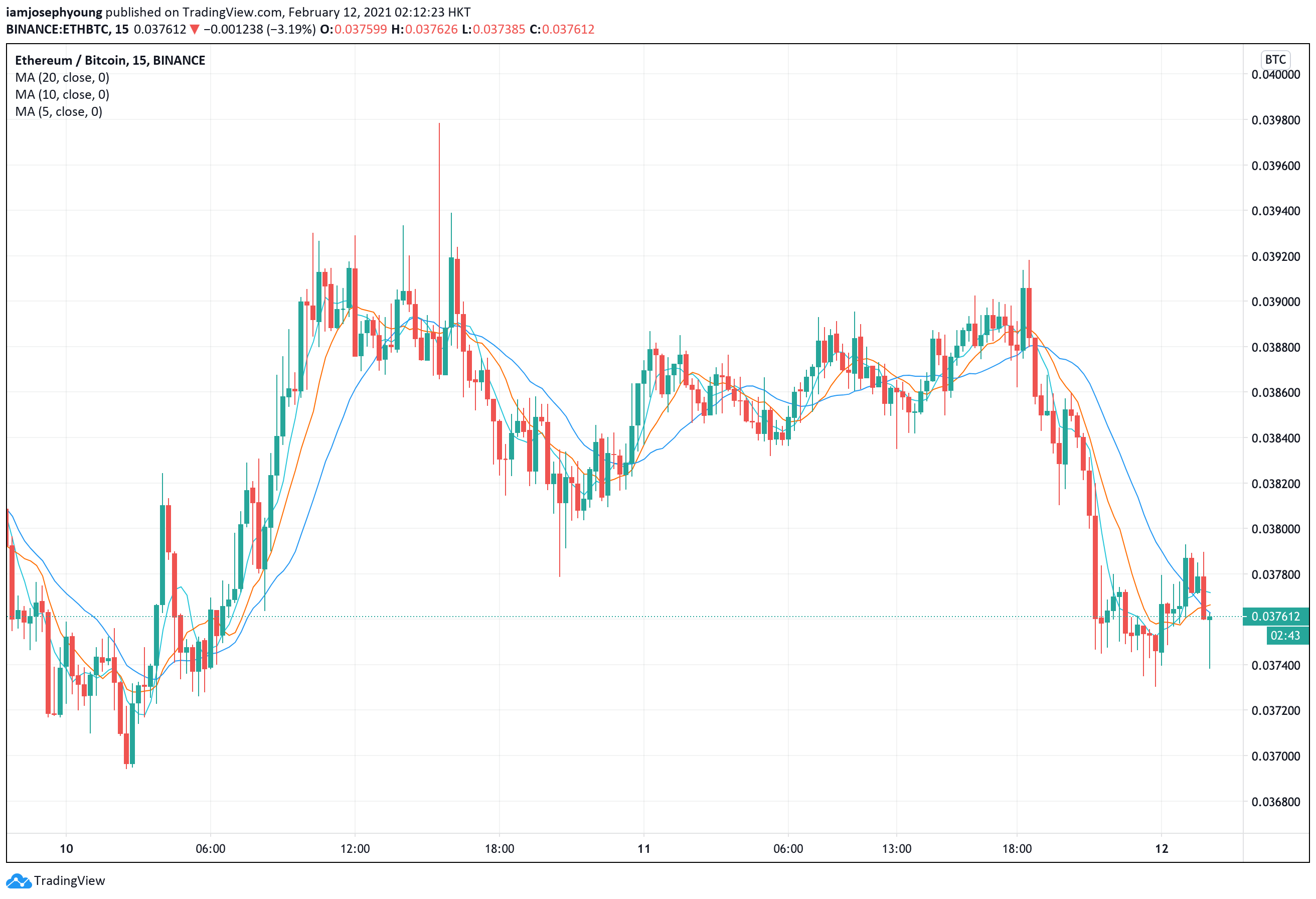 So why is ETH struggling at the moment?

In the last several hours, Bitcoin has seen a decent rally after BNY Mellon said it would begin offering Bitcoin services later this year.

“BNY Mellon is proud to be the first global bank to announce plans to provide an integrated service for digital assets. Growing client demand for digital assets, maturity of advanced solutions, and improving regulatory clarity present a tremendous opportunity for us to extend our current service offerings to this emerging field.”

The announcement almost immediately uplifted the momentum of Bitcoin, causing it to rally from around $45,500 to around $47,400. It eventually reached an all-time high hours after, rising to above $48,500.

During the same period, the ETH/BTC pair pulled back despite their respective USD remaining in relative lockstep. But in recent weeks, ETH typically rallied harder than Bitcoin during uptrends, alongside both large-cap altcoins and DeFi tokens.

But, in the last 24 hours as Bitcoin gained significant short-term momentum, ETH has been lagging behind BTC.

Willy Woo, a popular on-chain analyst, said that historically, Bitcoin is a better “multi-cycle HODL” while ETH is a “better mid-macro” swing trade.

This trend is shown during short-term cycles as well, as Bitcoin tends to increase steadily most of the time while ETH either accelerates against BTC or stagnates. He said:

“Risk Adjusted Returns over a 4 year hold period. -> Winner: Tied. See how short ETH’s backtrace is? That shows just how new and untested it is, only 1 macro cycle of data so far. Gold also shown (6000 yrs of backtrace, a supply inflation of 100% per 40 yrs, not digital). Personal opinion from this data: – BTC is a better multi-cycle HODL. – ETH is a better mid-macro swing trade.”

What’s next for Ethereum?

In the near term, traders and analysts generally remain optimistic around the short-term cycle of ETH. 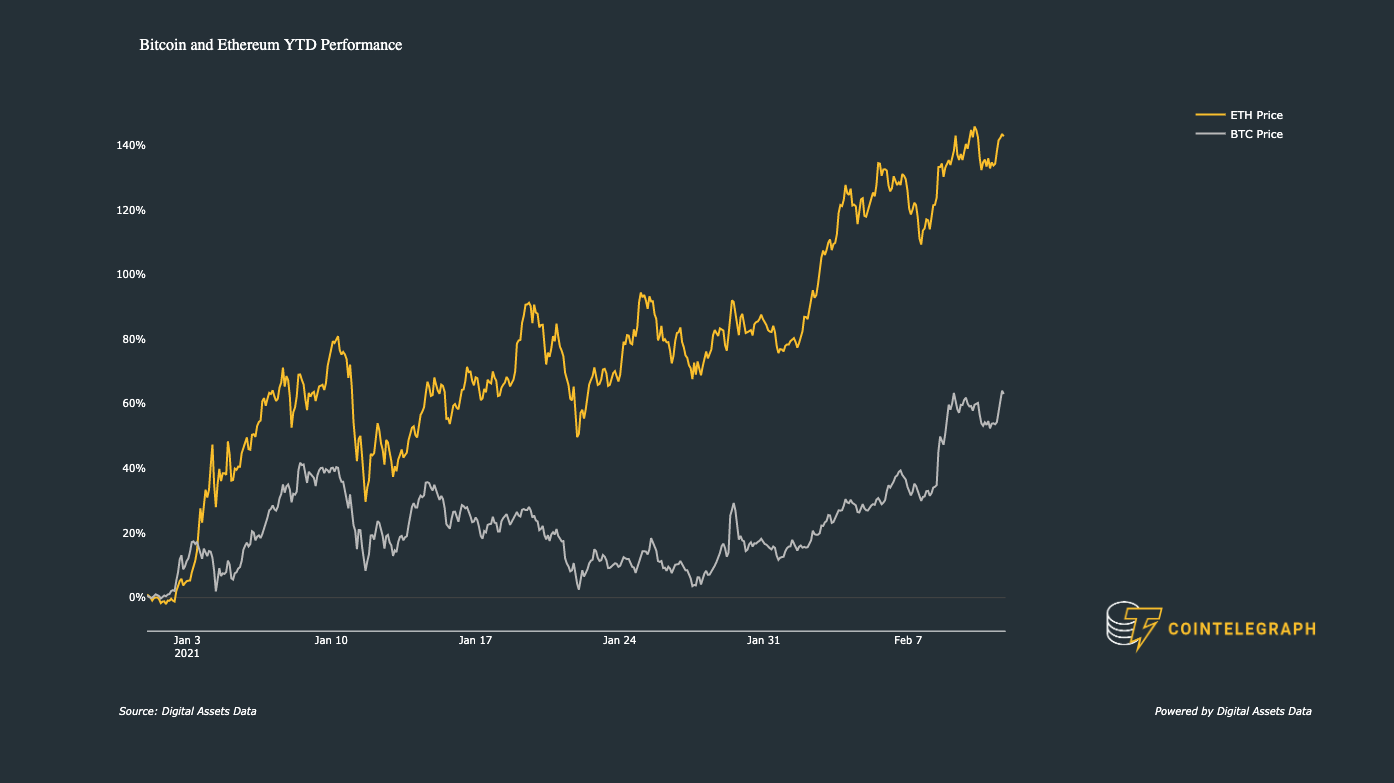 For instance, there has been no sell-the-news reaction to the CME ETH futures listing, which is a positive factor that may boost the chances of ETH’s rally continuing.

A trader known as “Pentoshi” said that altcoins and ETH should have much stronger momentum, suggesting that they are currently stagnating. He said:

“Alt market has me feeling a little uncertain atm $ETH and $LINK should have way more momentum, DeFi perp showing indecision Total potentially finding some resistance here at 500B Something to watch, and plan for. NOT FEAR. Any correction is opportunity. View it that way.”

For now, $1,800 remains the key level to break for ETH to regain momentum against both Bitcoin and the U.S. dollar in the foreseeable future.