In the traditional investing world ‘unicorn’ is a term used by venture capitalists to describe a privately held startup valued at more than $1 billion.

Typically these startups have strong fundamentals and oftentimes a first-mover advantage that helps them rapidly rise in value to become prized investment opportunities for yield-seeking funds.

Some of the best-known unicorns include Elon Musk’s SpaceX, a private rocket and spacecraft manufacturer with a valuation of $46 billion, and Coinbase, the largest U.S.-based cryptocurrency exchange with a current valuation of $8 billion.

While the world’s attention has been focused on the Coronavirus pandemic, the outcome of the 2020 U.S. presidential election, and the recent r/Wallstreetbets social investing phenomenon, the crypto sector has quietly ascended to a total valuation of over $1.2 trillion.

Adding to this, currently there are more than 55 unicorn status projects that have a market cap over $1 billion. 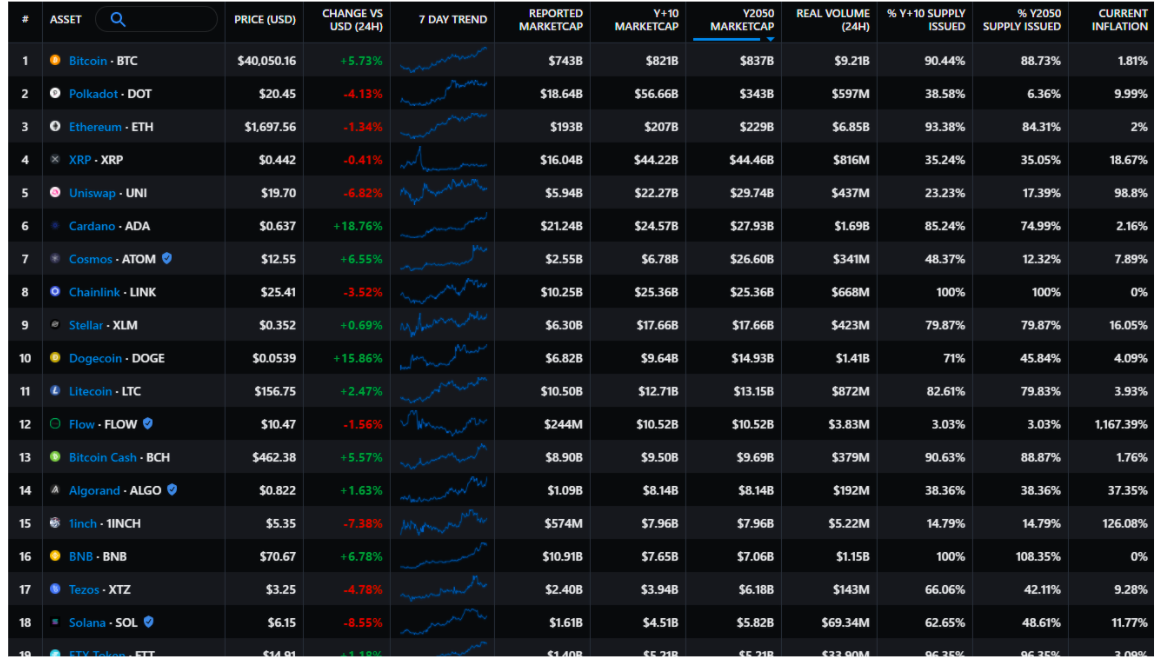 Recent Bitcoin (BTC) evangelism from the likes of Michael Saylor, Mark Cuban and Elon Musk are helping shine a spotlight on the nascent crypto industry, and with it comes the discerning eye of institutional investors who will quickly want to look beyond BTC to what other promising opportunities exist in the space.

These projects are no longer just focused on making cryptocurrency a global means of exchange. Some of the top projects include smart contract platforms, decentralized finance (DeFi) protocols, privacy tokens, oracles providers and even humor-oriented meme coins.

With that in mind, here are some of the top crypto unicorn projects to keep an eye on as institutions begin to make their presence felt in the cryptocurrency markets.

Bitcoin is the ultimate first-mover in the crypto space as it paved the way for the rest to come into existence and holds more than 61% of the total market value with a current market cap of $843 billion.

As the longest-running chain possessing the strongest mining network of all proof-of-work cryptocurrencies, BTC is likely to be the go-to choice for new money coming into the sector which will take a cautious approach to start out with.

Similar to how many of the current crypto faithful got involved in the space, Bitcoin will be the “gateway coin” that introduces the concept and leads to further exploration.

Ethereum (ETH), with a current market cap of $196 billion, is the obvious second choice as it is the most-utilized smart contract platform and home to a majority of the top DeFi protocols that have surged in popularity in recent months.

Other legacy projects that have survived multiple bull-bear cycles and achieved unicorn status include Litecoin (LTC), which has emerged as a reliable value transfer alternative to the higher fees and longer block times of BTC, and the privacy-focused Monero (XMR) and Zcash (ZEC), which paved the way in bringing anonymity to blockchain transactions.

These projects currently have market caps of $10.5 billion, $2.75 billion and $1.07 billion respectively.

Since early 2020, one of the main driving forces in the growth of the cryptocurrency sector has been the emergence of decentralized finance. 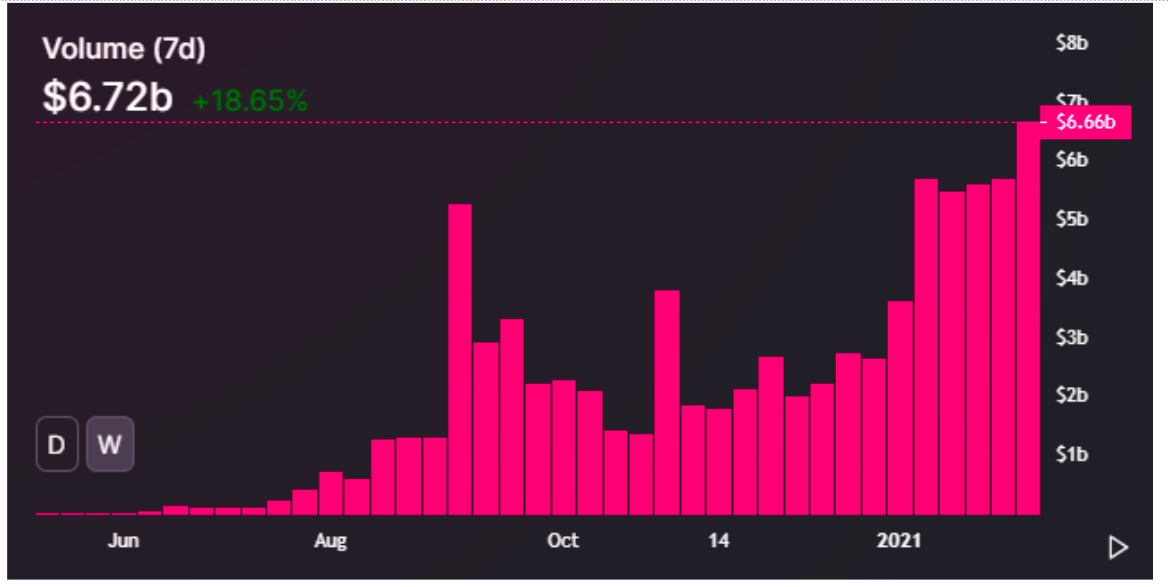 Uniswap’s UNI governance token was initially airdropped to users of the interface who took a chance on the protocol while it was still in development, but now the token can be found on all major centralized and decentralized exchanges.

The protocol also received venture capital backing to ensure further development. With a current market cap of $5.9 billion and a token price of $19.79, Uniswap is likely to be on the watchlist for the smart money eyeing the space.

SushiSwap, the main competitor to Uniswap, has also achieved unicorn status with a current valuation of $1.8 billion. The platform offers a community-focused system that allows token holders to stake their SUSHI to participate in governance as well as earn passive income from trading fees generated by the protocol. 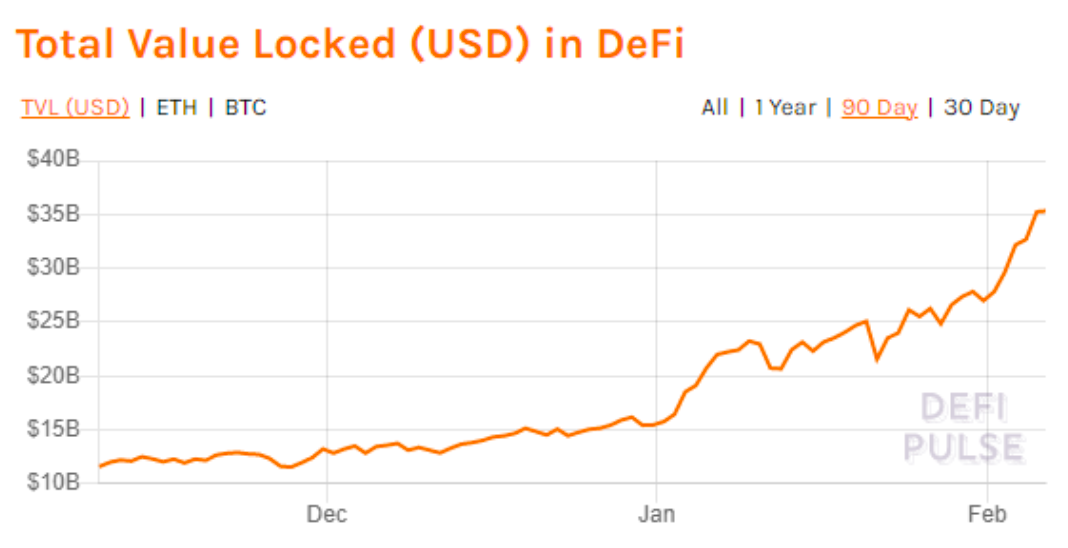 While DEXs helped facilitate the growth of DeFi, lending protocols have emerged as the top draw for total value locked (TVL) and higher token values.

Maker (MKR), AAVE and Compound (COMP) are the leading platforms when measured by the total value locked (TVL) in the protocol. Currently there is a combined $15.63 billion in value deposited in smart contracts that interact with the protocols and their market caps range from $2.1 billion to $5.98 billion.

In addition to the high yield opportunities offered by staking protocols, retail investors are also attracted to the governance features that give token holders a say in the future development of the protocol. These DeFi darlings are likely to pique the interest of long term capital.

Ethereum’s dominance in DeFi has proven to be a double-edged sword as increasing network congestion resulted in an untenable surge in gas fees. 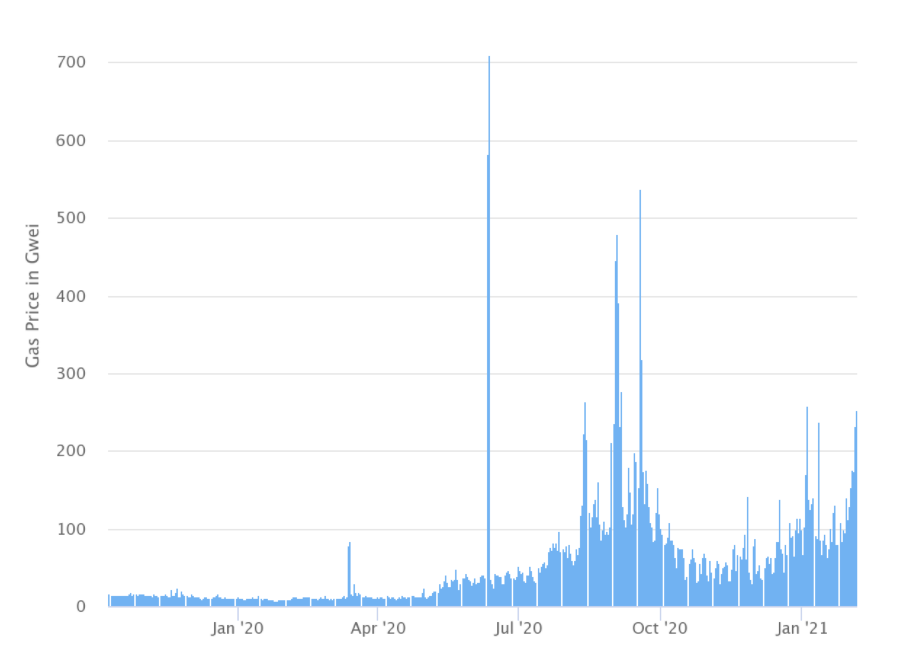 The recent record-high gas fees have opened the door for other smart contract platforms to fill the need for layer-2 options, as well as highlighting the need for oracle providers that can communicate data securely across platforms.

Promising smart contract platforms that have emerged include Polkadot (DOT) and its sister chain Kusama (KSM), which introduce interoperability with Ethereum and other top blockchains as the solution to the current siloed nature of separate networks.

DOT’s market cap has risen to $18.8 billion as its prominence continues to grow and Kusama is new to the unicorn club as its market cap just surpassed the $1 billion mark for the first time on Feb. 6.

Interestingly, Cardano (ADA), one of the 2017 ICO-era projects, has also started gaining momentum in recent weeks following the addition of smart contracts to the protocol and hints of future DeFi related endeavors.

Currently, Cardano’s market cap is $19.8 billion and the integration of DeFi could help propel its value higher as ADA has yet to tap into the liquidity offered on decentralized exchanges.

Theta captured the first-mover advantage when it comes to blockchain-based video streaming and the project has recently added smart contract functionality, the ability to create non-fungible tokens, and they launched the Thetaswap DEX on Feb. 4.

As more participants enter the crypto space and new blockchains emerge to fit specific niches, communication between separate networks will become essential to the overall health and continued growth of the sector.

This is where oracle projects come in to offer reliable, secure ways to transfer data. 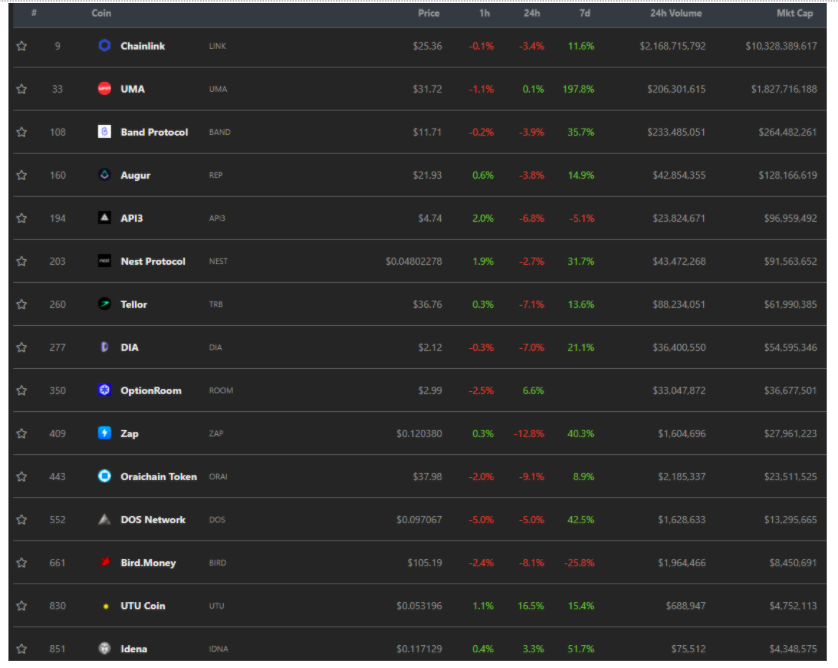 Chainlink (LINK) is the top oracle project in terms of protocol integrations and its valuation. LINK currently has a $10.37 billion market cap and the project’s recent integration with Kraken exchange is expected to add further value to the project.

Meanwhile, upstarts like UMA and The Graph (GRT) have only recently achieved unicorn status as the 2021 bull market heats up. Both projects have developed novel ways to track, record and transmit data and they have reached valuations of $1.7 billion and $1.1 billion.

GRT has been especially active in the growth department, announcing multiple partnerships and upcoming integrations including bridges to DOT and Binance Coin (BNB).

The ‘unicorn’ herd will expand

Bitcoin burst onto the financial scene more than twelve years ago and has steadily forged a path to prominence that governments and the global financial system can no longer ignore.

Now that institutions are finally beginning to dip their toes into BTC and ETH, it’s time to take an even closer look at what the emerging blockchain ecosystem has to offer.

The herd of unicorns is likely to expand and considering that the decentralized finance sector is still in a very early growth stage, there’s plenty of value to be found in these unicorn projects.