The cryptocurrency market faced another day of downward pressure as the unease in the traditional markets continues to spread following the recent interest rate spike on the 10-year U.S. Treasury bond.

Data from Cointelegraph Markets and TradingView shows that the price of Bitcoin (BTC) fell to a low at $44,710 late on Feb. 25 before buying at the key support returned to help the digital asset recover back above $46,500 but generally, analysts are looking for $50,000 to become an established support before expecting bullish continuation. 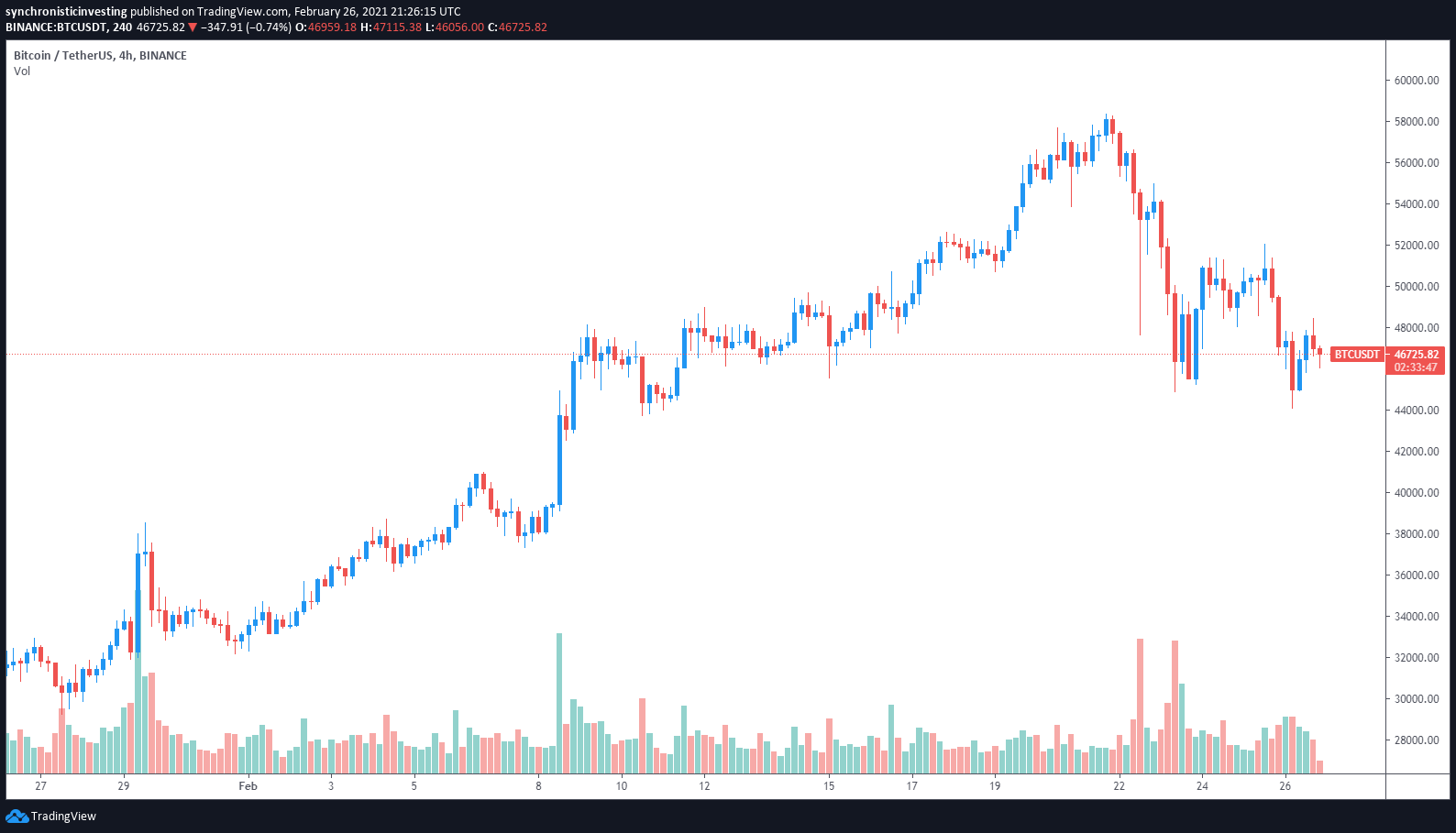 Despite major BTC purchases by MicroStrategy, Tesla and MassMutual, a majority of institutional investors still have security and tax treatment concerns that prevent them from investing in Bitcoin, according to Galaxy Digital co-president Damien Vanderwilt.

Institutional investment has been a significant source of optimism in the cryptocurrency sector in 2021, but its influence in helping BTC reach a market cap of $1 trillion may be overstated as recent analysis shows that stablecoin whales and retail traders still hold the most buying power.

According to Chad Steinglass, Head of Trading at CrossTower, the move led to market-wide pressure that pushed the “GBTC premium down as low as negative 6% and it closed around negative 2% today.” The analyst sees interest rate volatility as a major source of market volatility, as the long end of the curve steepens while the U.S. dollar is pushed lower.

Cryptocurrencies fell under increased pressures as equity markets deteriorated throughout the day, possibly due to a “scramble for liquidity” resulting from traders “pushing up against margin calls and needing to free up cash.”

“I interpret the GBTC premium collapse as a sign that either retail is dumping to free liquidity, or large fund holders like ARKW are seeing outflows, which causes them to sell GBTC along with everything else.”

The 10-year Treasury yield pulled back .0582 basis points to 1.46 on Feb. 26, marking a 3.82% decrease from its high on the previous day. This leadi to a choppy day in the markets which saw the major indices close mixed.

A majority of the top cryptocurrencies also took on sharp losses on Friday, with the exception of Cardano (ADA), which became the third-ranked cryptocurrency by market cap after its price broke out to a new all-time high at $1.29. The current excitement for the altcoin appears to be connected to the upcoming ‘Mary’ mainnet launch scheduled for March 1. 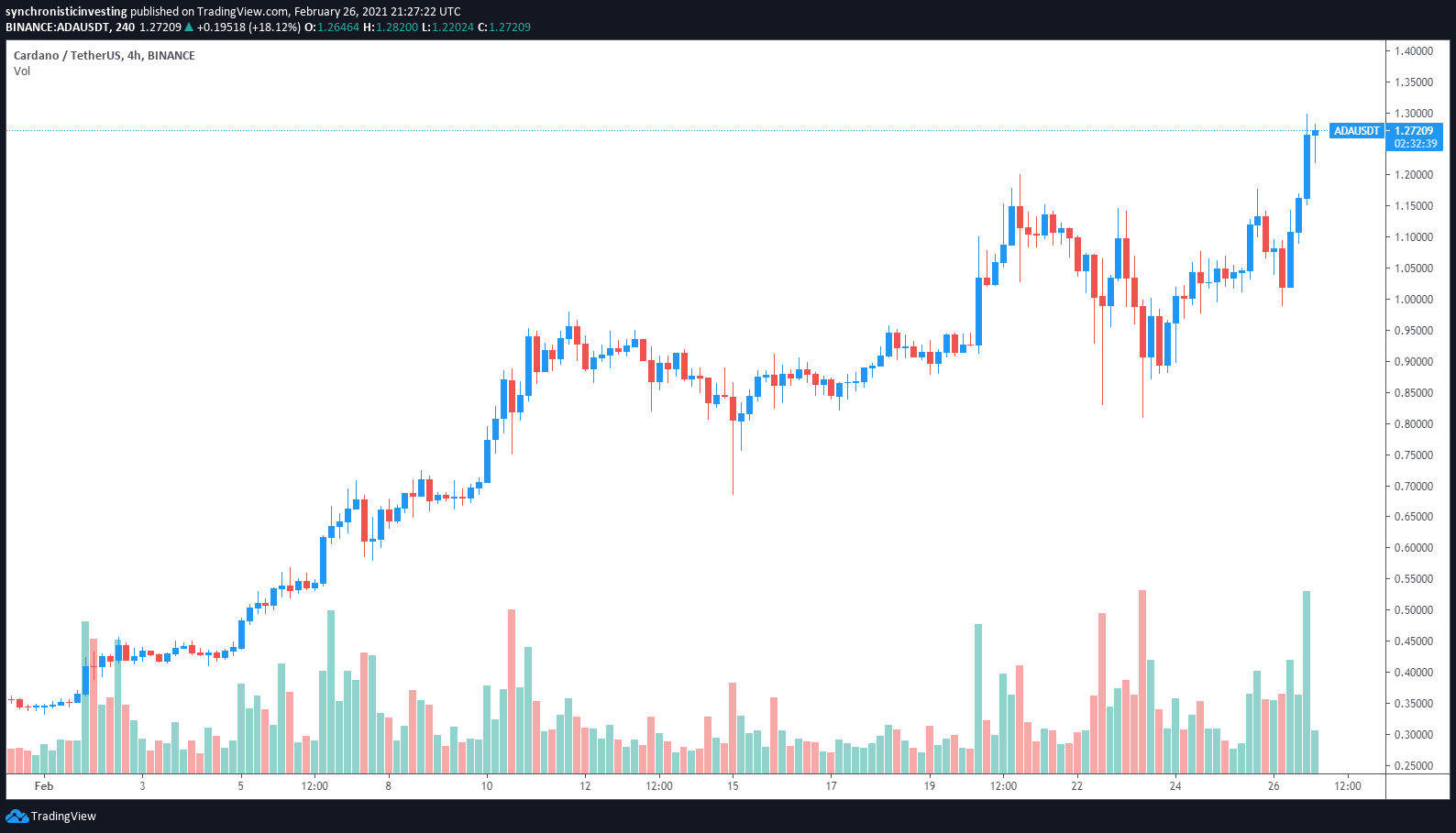 Basic Attention Token (BAT) has also battled back against the market sell-off to post a 6.43% gain following the Feb. 23 announcement of the upcoming Brave Decentralized Exchange (DEX).