Since Feb. 6 Pundi X (NPXS) has rallied by 102%. While it would be easy to assume that it’s breakout is simply following in the hoof prints of the herd of altcoins that have been rallying alongside Bitcoin, the current move appears to be driven by an upcoming testnet launch and improving fundamentals.

Streamlined mobile payments is another problem which the Pundi X ecosystem aims to improve. The project claims to solve the handling of private and public keys using a password-based system. Similarly, the smart card enables users to use the NPXS token without the need for a smartphone.

Pundi X initially provided its POS terminal to retail environments at no cost to incentivize adoption. The project also aims to bypass Visa and Mastercard debit card services, allowing merchants to be paid in fiat.

In short, one can buy and sell cryptocurrencies using either the point-of-sale or the mobile wallet. Users can then keep their digital assets or transfer them to the contactless card or other recipients utilizing the app.

The most recent rally appears to be backed by the Function X project. According to the team, the Testnet 3.0 should be Ethereum EVM compatible, with a 5 second confirmation time and transaction cost at 1 cent. Moreover, it will support staking and automated market-making (AMM).

In early February, the project announced that it would perform a 1000:1 swap, reducing the supply from 258.5 billion to 258.5 million. The on-chain voting process will take place over the following weeks. The change aims to reduce the decimals for NPXS pricing, thus purely a nominal difference.

According to the Pundi X website, there are over 800,000 registered XWallet users. Furthermore, its blog states that POS terminal activations increased by 20% in 2020. 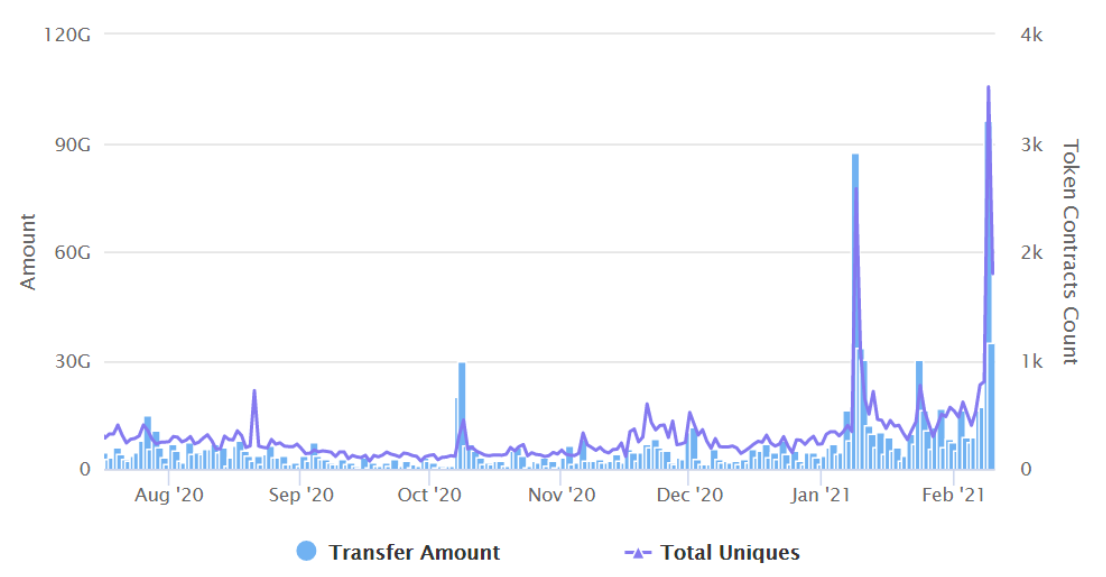 Token buybacks are another vital value-adding activity, and 2,000 Ether (ETH) worth of NPXS have been set aside for this. Instead of being burnt, these tokens will be used to subsidize developers and projects that join the platform. The second buyback took place on Feb. 10. 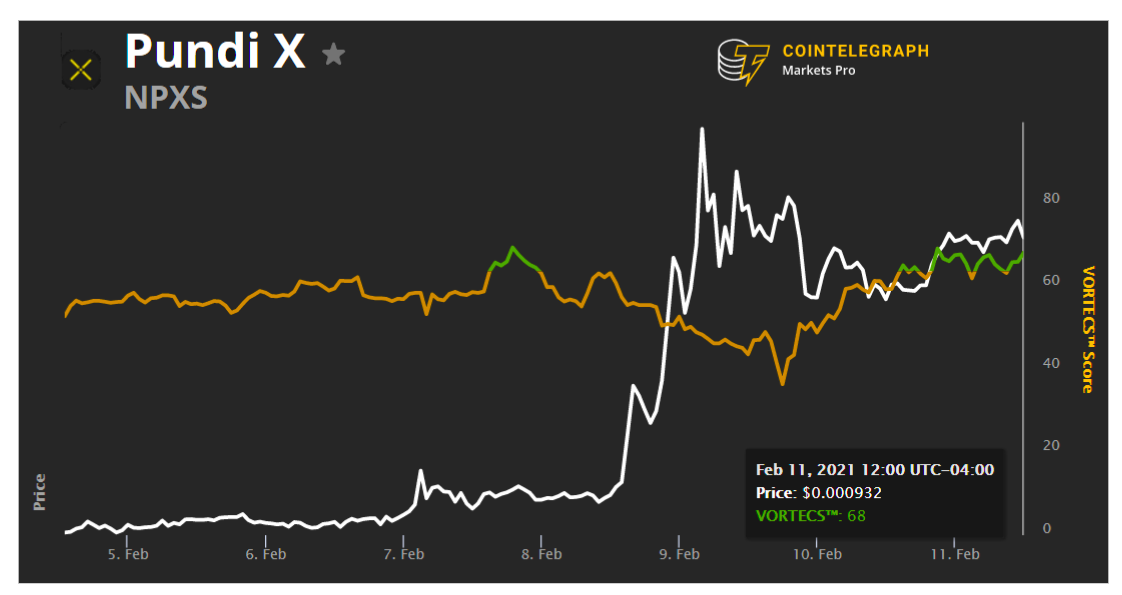 According to data from Cointelegraph Markets Pro, market conditions for NPXS have been favorable for the past 24 hours. It is worth noting that the VORTECS™ score for Pundi X began to pick up on Feb. 7, around 18 hours before the price increased 150% over the next day.

One area of concern is that plans for integrating with decentralized finance protocols, including synthetic assets and a decentralized exchange (DEX) have been cited multiple times by the team, but a specific timeframe has not been set.

Overall there seems to be strong prospects for the project, but a more concrete roadmap for the DeFi integration would help to raise sentiment among investors and holders.

Ukraine accepts Bitcoin, Ethereum, USDT donations to fund ongoing war
Dollar weakness meets alt season: Is Bitcoin price about to hit $50K?
What is PoW Ethereum (ETHW), and how does it work?