Data from Cointelegraph Markets and TradingView shows that REN rose from $0.99 on Feb. 18 to establish a new all-time high of $1.84 on Feb. 19. The move to a new high occurred as REN’s trading volume also reached $704 million over the past 24-hours. 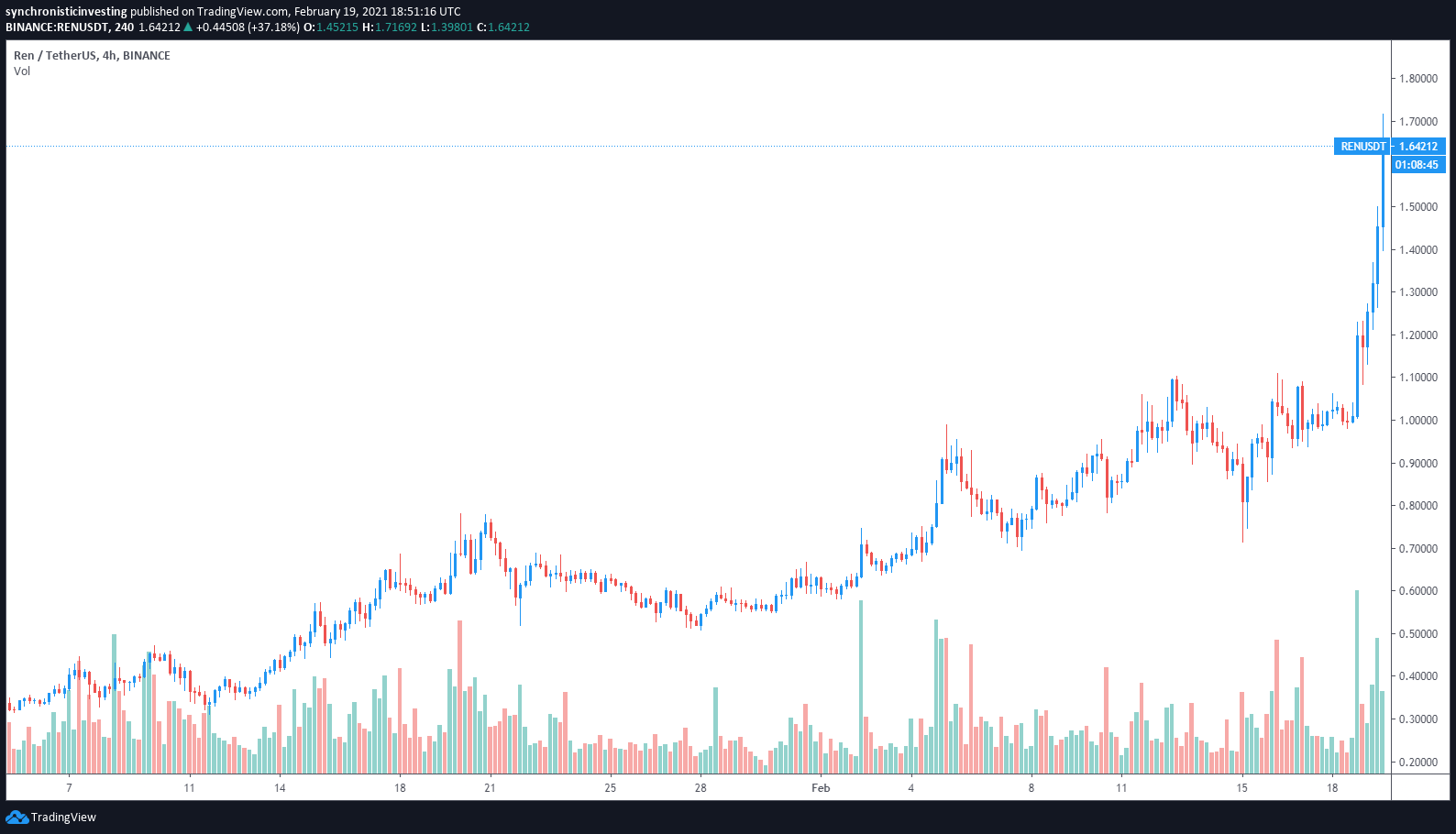 Attention for the protocol received a noticeable uptick at the end of January when it was announced that Dogecoin (DOGE) would be integrated with REN, enabling the trading of renDOGE in the growing DeFi ecosystem.

Since that time the REN ecosystem has continued to expand as more top-tier projects like Filecoin (FIL) have undergone the transformation to become renFIL, which is now being considered for addition to the AAVE ecosystem.

REN was trading at $0.94 on Feb. 15 before it was announced that RenBridge 2 was live and integrated with the Binance Smart Chain. Since that time, the trading volume has steadily increased as well as the total value locked on the RenVM.

VORTECS™ data from Cointelegraph Markets Pro began to detect a bullish outlook for REN on Feb. 18, prior to the recent price rise. 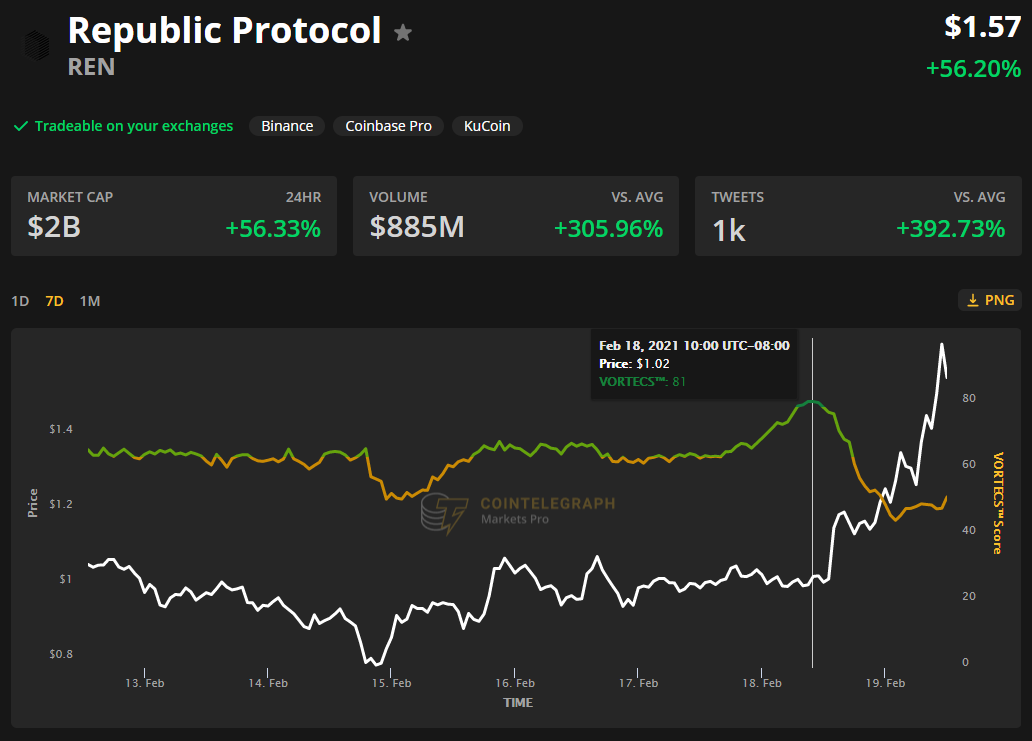 As seen in the chart above, the VORTECS™ score began to increase following the announcement of RenBridge 2 on Feb. 15 and reached a peak of 81 on Feb. 18, shortly before the price of REN began to spike upwards.

The recent integration with BSC has brought renewed attention to REN which was hampered by high transaction costs on the Ethereum network.

With decentralized finance heating up, interoperability between blockchain networks is becoming essential for a well-functioning market and REN is emerging as a key piece in cross-chain interaction.