Bitcoin (BTC) has extended its rally over $46,000 on Feb. 9, a day after a U.S. Securities and Exchange Commission (SEC) filing revealed that Tesla bought $1.5 billion worth of BTC. The price of Bitcoin immediately soared from around $39,000 to $45,000 across major exchanges on Feb. 8 after the news began to spread.

As the Bitcoin price initially rallied to $45,000, it caused $500 million worth of short positions to get liquidated. 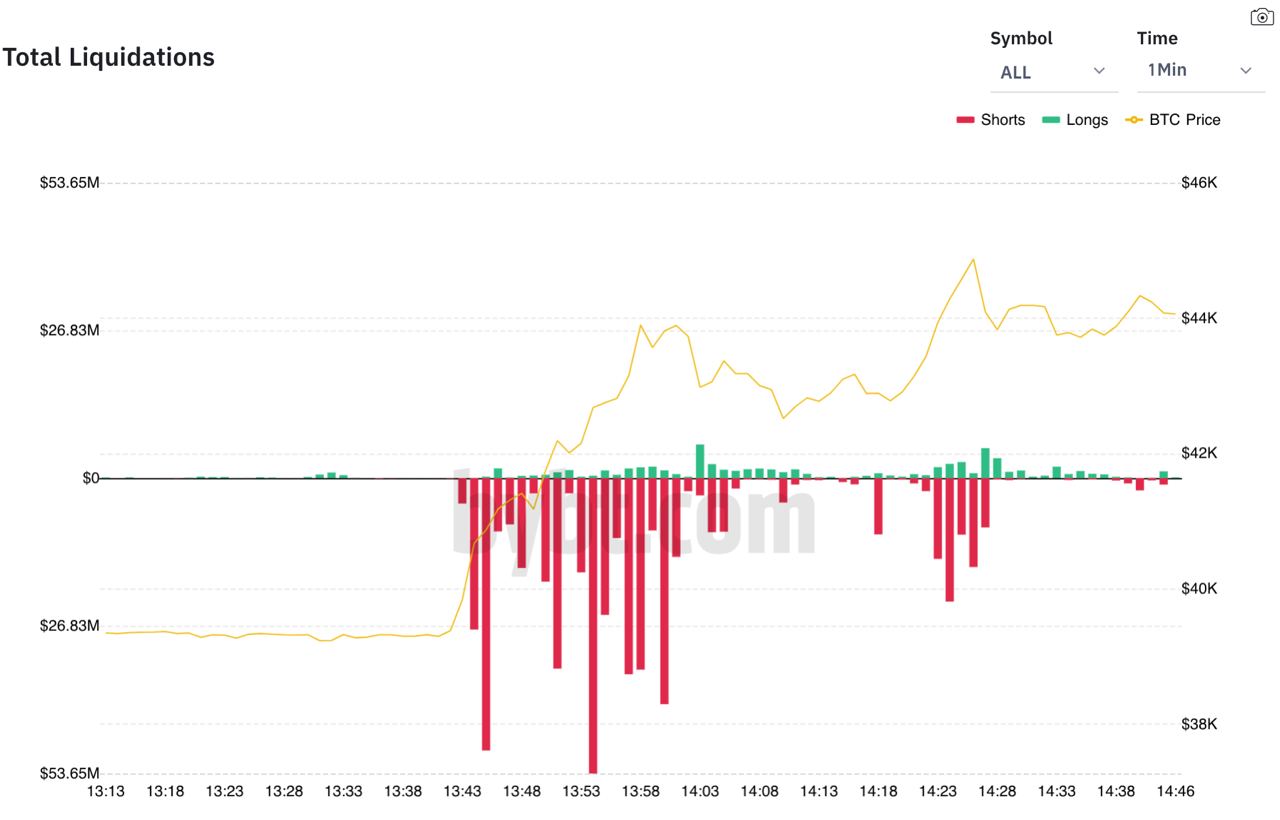 The term liquidation in the Bitcoin futures market refers to when the price of BTC moves quickly in a short period beyond the liquidation prices of futures contracts.

For instance, if a trader borrows 10 times the base capital and trades a $100,000 Bitcoin position with $10,000, the position would get liquidated after a 10% price movement.

According to the data from Bybt.com, $1.34 billion worth of futures positions in the futures market were liquidated in the past 24 hours.

This indicates two trends; first, the derivatives market was extremely overcrowded with short-sellers. When the Tesla news broke, it caused a massive short squeeze, liquidating hundreds of millions of dollars worth of positions in several hours.

Second, it shows that many investors did not anticipate Tesla to actually invest in Bitcoin even after Musk changed his bio to “Bitcoin” on Jan. 29, 2021.

Meanwhile, cryptocurrency traders are cautious due to the extremely high funding rates across major futures exchanges.

Funding rates increase when the majority of the market are buying or longing Bitcoin. When the funding rates are overly high, the market is vulnerable to a long squeeze, which can cause an intense short-term drop.

Nevertheless, a cryptocurrency trader known as “Loma” says that the market is not overconfident just yet. He said that when a point comes where traders are overly confident and do not expect a major drop, that is when a correction is likely to occur. He said:

“I want us to get to that point where people start talking about how it’s impossible for us to retrace 70-90% before I think of closing my spot $BTC positions. I remember feeling like there’s no way $BTC goes back below $10k in 2018. We went to ~$3,500. Never say never.” 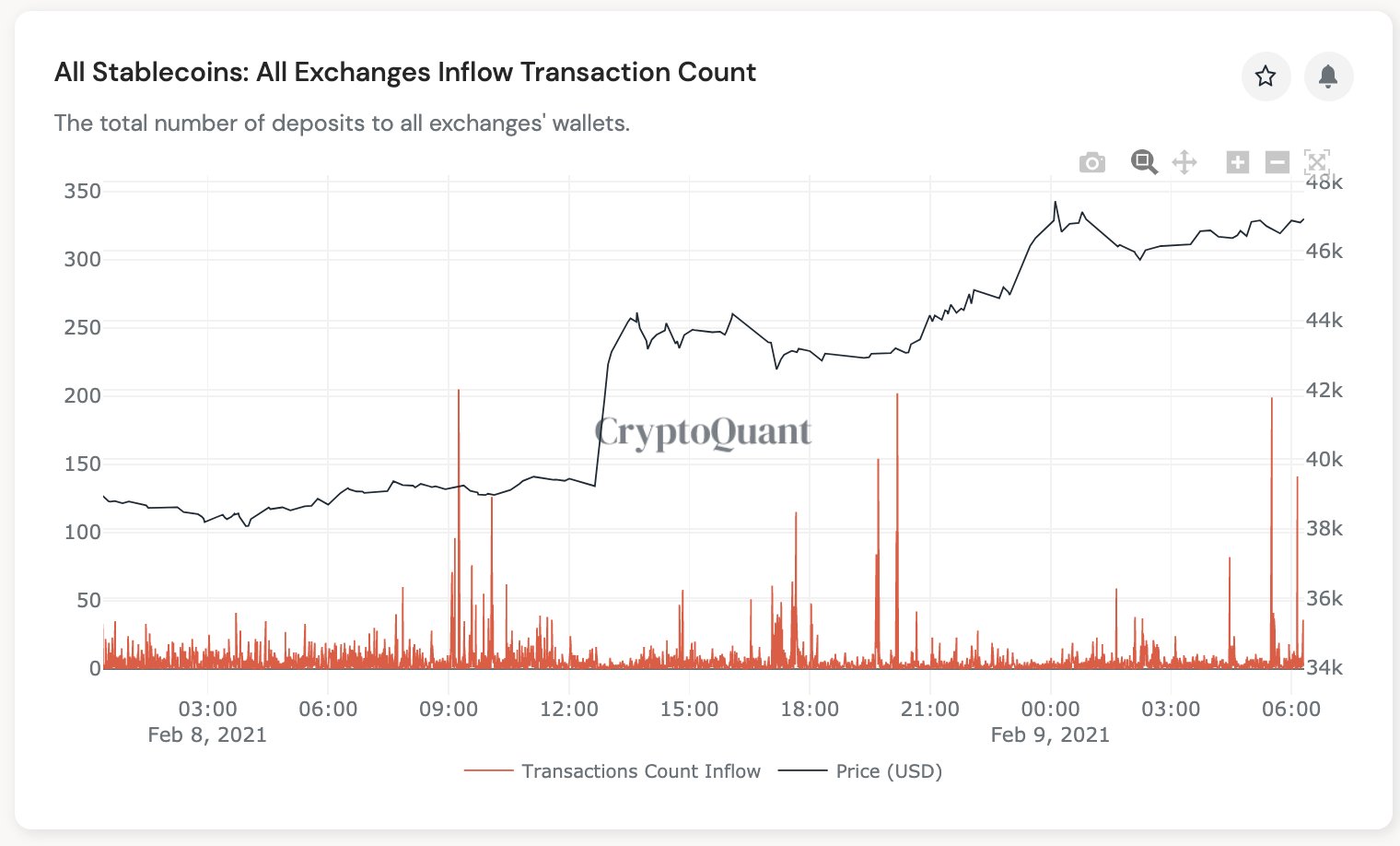 Meanwhile, CryptoQuant CEO, Ki Young Ju, emphasized that there is newfound buyer demand as stablecoin inflows into exchanges were spotted. In the near term, this would likely act as a catalyst for Bitcoin. He wrote:

“You can call me crazy, but I think we’ll see 50k soon. Just got another stablecoins deposit signal.”