As decentralized finance continues to increase it hold on the wider cryptocurrency market, Binance Smart Chain (BSC) is beginning to emerge as a suitable option for traders looking to escape from high transaction fees on the Ethereum (ETH) network.

With more attention being paid to BSC, DeFi projects operating on the chain have also seen an influx of buying activity in recent weeks as token holders rush to supply liquidity for recently launched protocols. One such project is Venus (XVS), an algorithmic money market and synthetic stablecoin protocol designed specifically for the BSC. 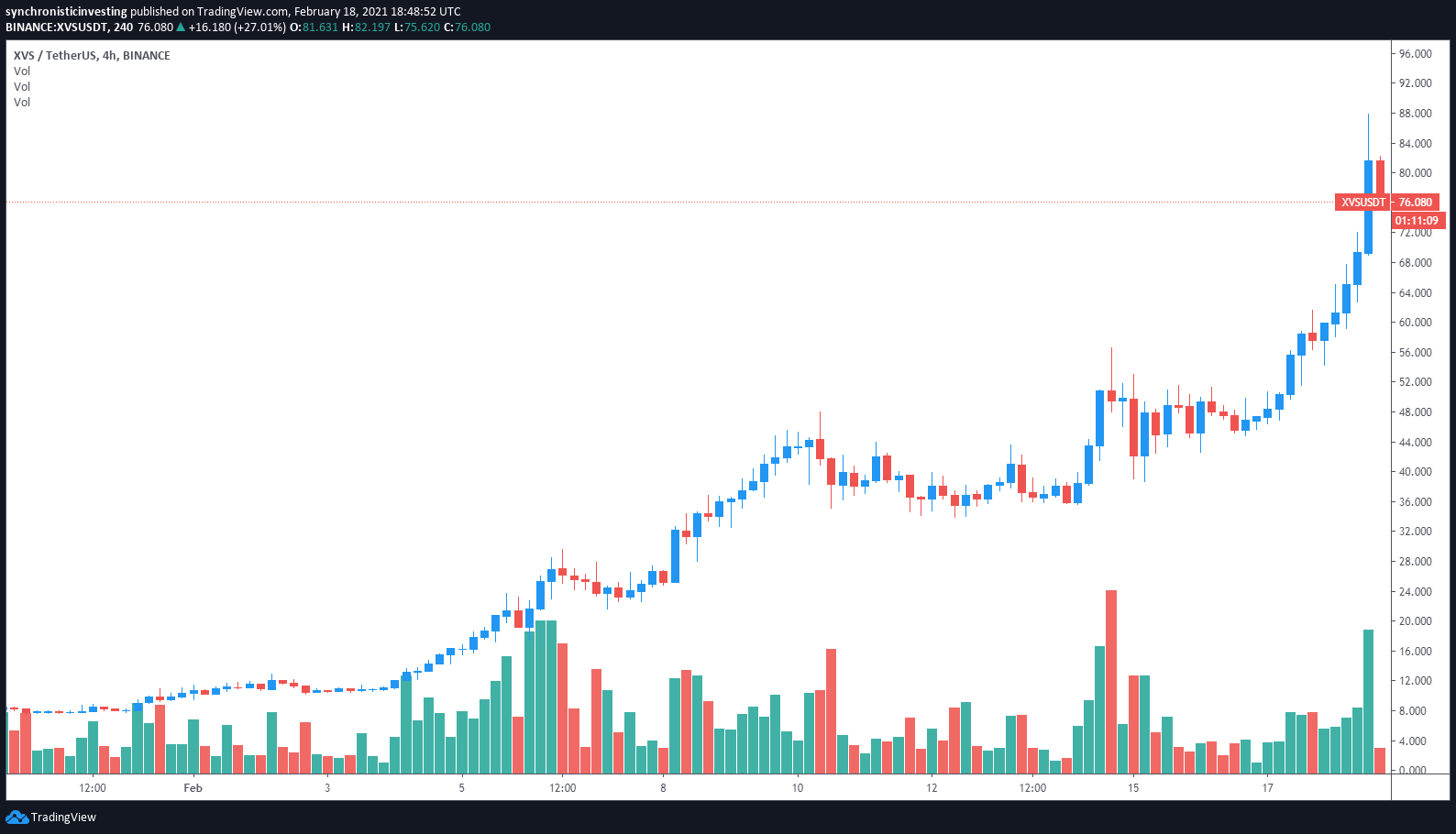 Data from Cointelegraph Markets and TradingView shows that XVS price has exploded 775% from a low of $10.04 on Feb. 2 to an all-time high of $82.86 on Feb. 18 amidst an increase in activity on BSC.

A scroll through the project’s Twitter feed points to a rapidly expanding ecosystem that has been systematically adding top cryptocurrency projects to its list of assets that can be deposited to earn interest, participate in the liquidity mining program, or use as collateral to borrow other assets.

Cardano (ADA) is the most recent addition, while the other projects currently available are Ethereum (ETH), Litecoin (LTC), Polkadot (DOT) and Chainlink (LINK)

Similar to the MakerDAO (MKR) platform and DAI, users of Venus can borrow against their assets and mint Vai, the stablecoin for the Venus protocol. Since Feb. 1, the supply of VAI has grown by 360% from 42 million tokens in circulation to a current count of more than 195 million VAI.

According to the Venus dashboard, there is currently $3.54 billion in total value locked in the Venus protocol, making it the seventh-largest DeFi protocol by TVL behind SushiSwap which currently has $3.7 billion in TVL.

A survey of the top-performing assets over the past week shows that BSC projects have outperformed the competition and are beginning to attract liquidity away from projects on the Ethereum network. 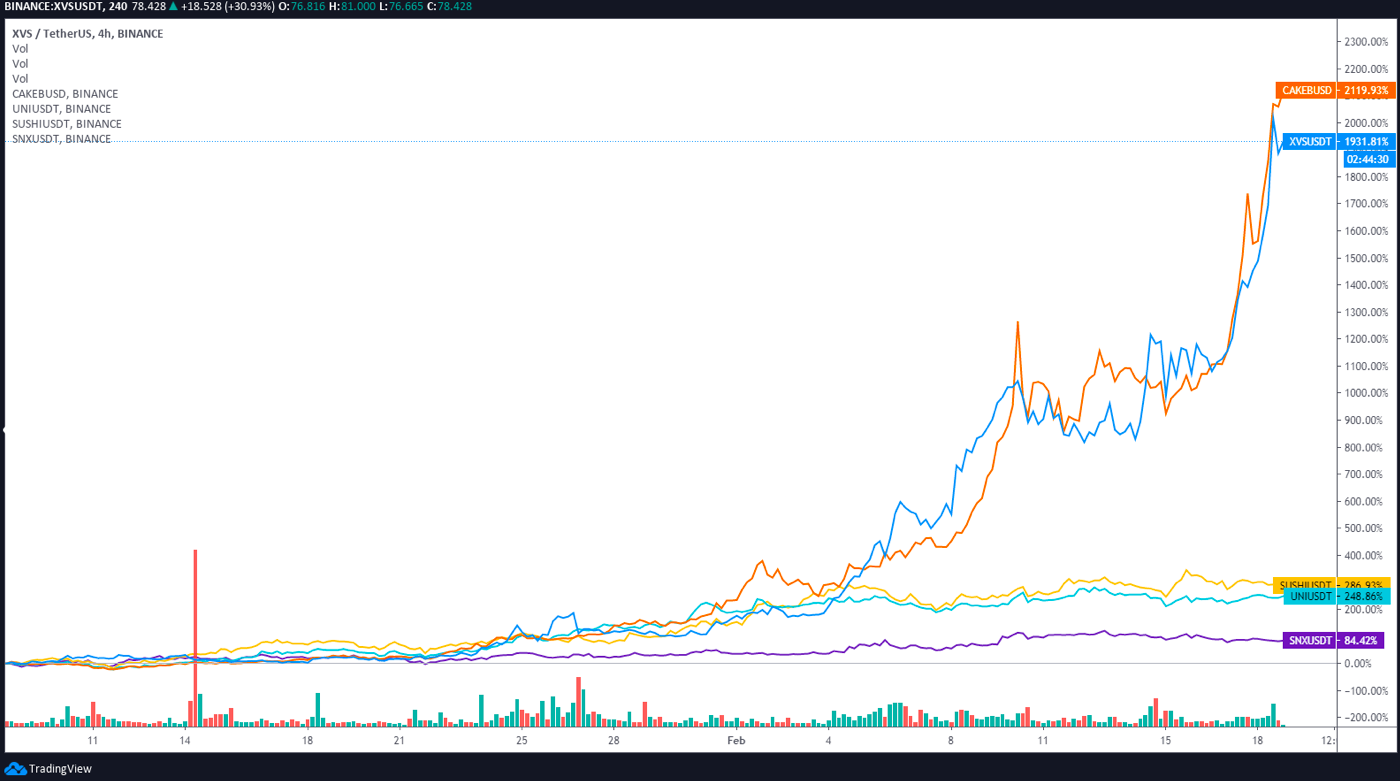 High gas fees on the Ethereum network are likely to continue for some time and this could catalyze further growth in chains like BSC and DeFi protocols that are able to capitalize on its lower transaction costs.

With an expanding list of supported tokens and a rapidly growing TVL, Venus is quickly establishing itself as a top contender in the decentralized finance space.