Since the start of 2021, the price of Bitcoin (BTC) has been chasing new highs on a weekly and daily basis. On Feb. 21, BTC reached a new all-time high of $58,300. However, an interesting phenomenon is that even with many global cryptocurrency exchanges in existence, BTC’s price can still vary greatly depending on geography.

This raises an intriguing question: How can Bitcoin simultaneously trade at $53,047 in Malaysia, $49,727 in Singapore, $51,133 in India and over $86,000 in Nigeria? Is the reason simply a temporary imbalance between buyers and sellers, taxes, or regulations? Or is there something else at play?

As shown in the chart below, there really isn’t a set price for BTC, as nearly every country has its own digital asset valuation. 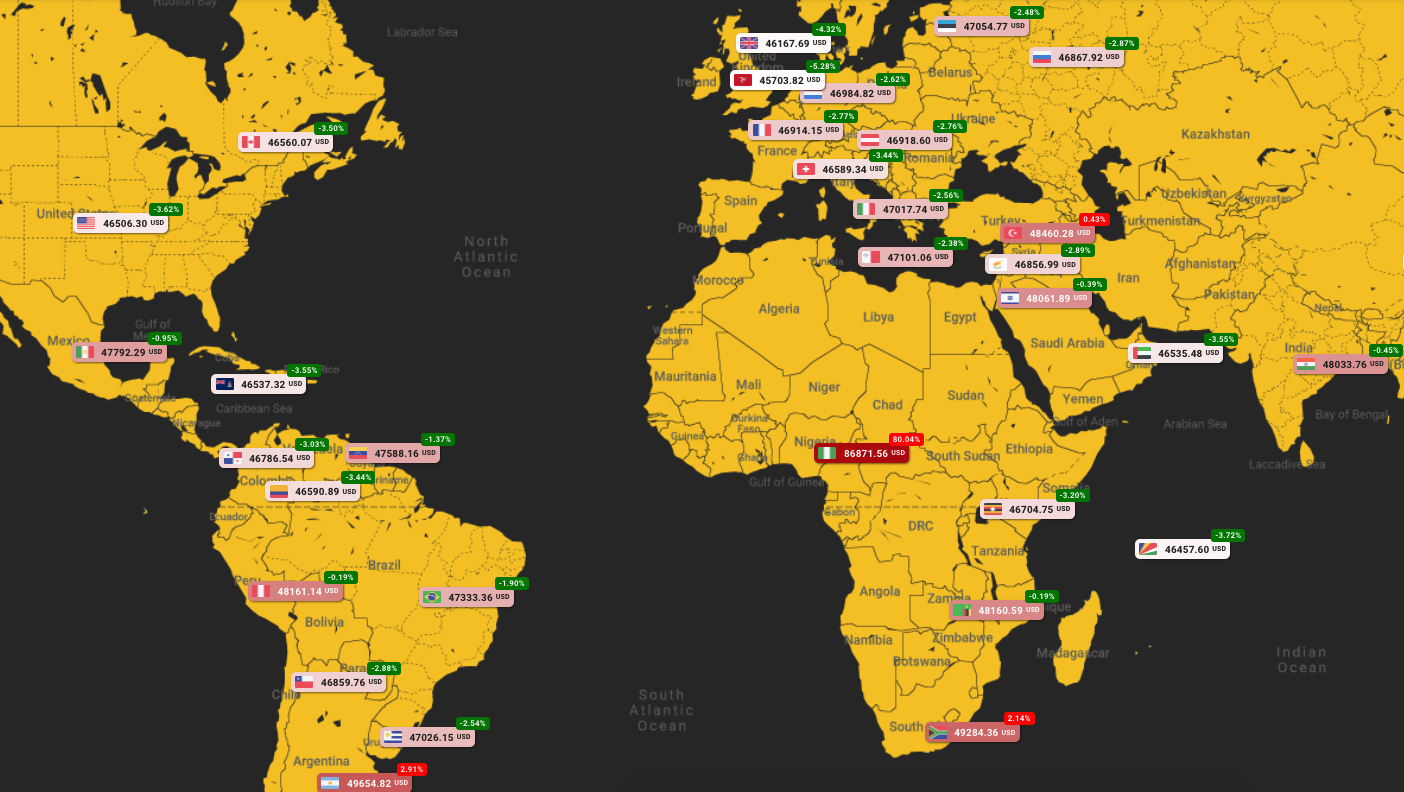 At any given time, cryptocurrency prices will differ between countries, even after adjusting the currency rate. Indeed, some additional buying or selling pressure could create discrepancies, but that should not be continuous and steady.

This phenomenon isn’t something new or exclusive to cryptocurrencies, however. Exxon Mobil stocks, for example, are traded in United States, Russian, Argentine, German, Mexican and Swizz markets.

While there may be different reasons for the friction, including bureaucracy and nation-specific laws, they’re basically the same asset. Nevertheless, their prices usually differ after adjusting for currency exchange rates.

Unlike stocks, however, transferring cryptocurrencies usually takes less than an hour, and it doesn’t depend on custodians and depositary receipt administrators. Therefore, bureaucracy can not be the reason for the big price differences for Bitcoin, which is borderless.

On the other hand, suppose one just bought BTC in the U.S. or Europe and is willing to sell it in Argentina to profit from the 6.5% difference. Even if there were no trading fees involved, the result would be the local currency, the Argentine peso.

Things get more complicated though, as one will need to convert this fiat money back to dollars or euros. There might be domestic restrictions, taxes or, even worse, a different currency rate for foreigners. Moreover, traditional currency remittances don’t take place on weekends and usually take one or two business days. 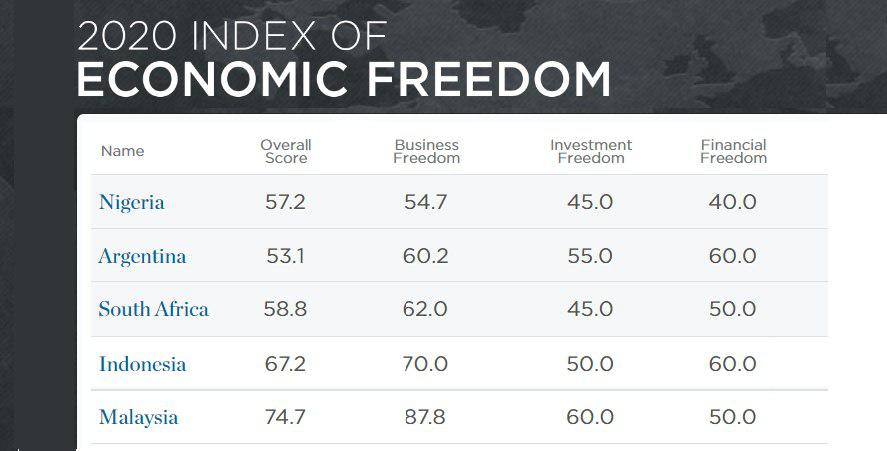 Not surprisingly, the countries with the highest BTC valuations consistently score low on investment and financial freedom global rankings. Barriers and taxes created by strict government controls translate into additional risks and costs for the fiat conversion and remittance. This all contributes to the premium seen versus the remaining countries.

Extreme capital control situations such as the Central Bank of Nigeria recently shutting down all cryptocurrency-related bank accounts could be behind the current 70% premium versus global BTC markets. But Nigeria likely has the highest premium in the world because the country, in particular, is also the leader when it comes to Bitcoin adoption, based on the latest data.

That’s what happens when you try to ban something people want.

Eventually, arbitrage traders will find a solution to bypass sanctions, and the price gap should tighten. But right now, there is no effective way to “profit” from the arbitrage.

For those wondering what would cause Bitcoin to trade below most liquid markets such as the U.S., there is no definitive answer. It is most likely some regulatory hurdle for depositing fiat money on local exchanges, thus creating an imbalance favoring the sell-side.

The negative premium is less common, however, and stablecoins could be used to mitigate this effect. Meanwhile, when a hefty premium is seen in local fiat currency, it does not justify a similar price gap for dollar-denominated stablecoin trading.

Thus, such differences in pricing across various countries represent the risks, red tape, taxes and inefficiencies of converting fiat between currencies and sending fiat money across borders.